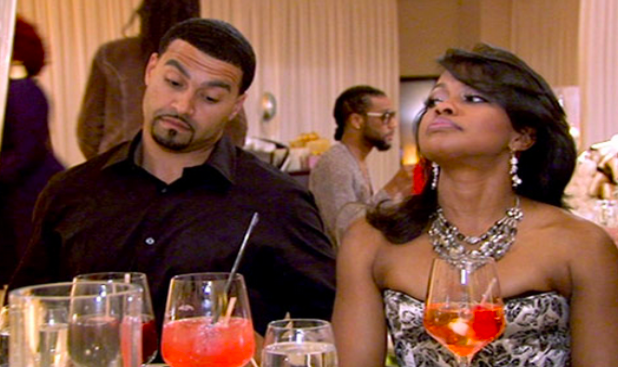 It’s been two years since Apollo Nida and Phaedra Parks finalized their divorce, and yet they’re still fighting like a married couple.

The ‘Real Housewives of Atlanta‘ alums are bickering again, and this time it’s Nida making the matter public. He went on his Instagram account and claimed that Parks was keeping him from seeing their two sons.

He posted a photo of the boys and wrote this caption…

DON’T WORRY ! We will be together soon. No matter what, she can’t keep us apart. The fight will not stop to be a good DAD!!! There’s not a day that goes by I don’t think of the 2 of u. LOVE AND MISS YA SO MUCH.#dayonedad #alwaysbeenthere #fathershaverightstoo.

I’m not sure his sons are just browsing the “dayonedad” hashtag, but who knows.

And while Nida is playing up the victim card, his followers aren’t letting him get away with it. They have been quick to remind him of all the sh*t he’s done.

Wish you had all this passion for your kids when you were in the club, cheating on your wife and stealing people’s pensions…man, then you couldn’t been a great dad…have several seats Apollo.

Another user chimed in…

Other people believe it’s Nida’s girlfriend who is posting this stuff on his ‘gram. He’s currently still dating Sherien Almufti. If you look at his Instagram, it’s filled with photos and posts dedicated to her. Some people believe she has full control of his social media page.

Which would make sense, considering Nida never really has posted about his sons before. Now all the sudden he’s dad of the year? I don’t know, man. Seems odd.