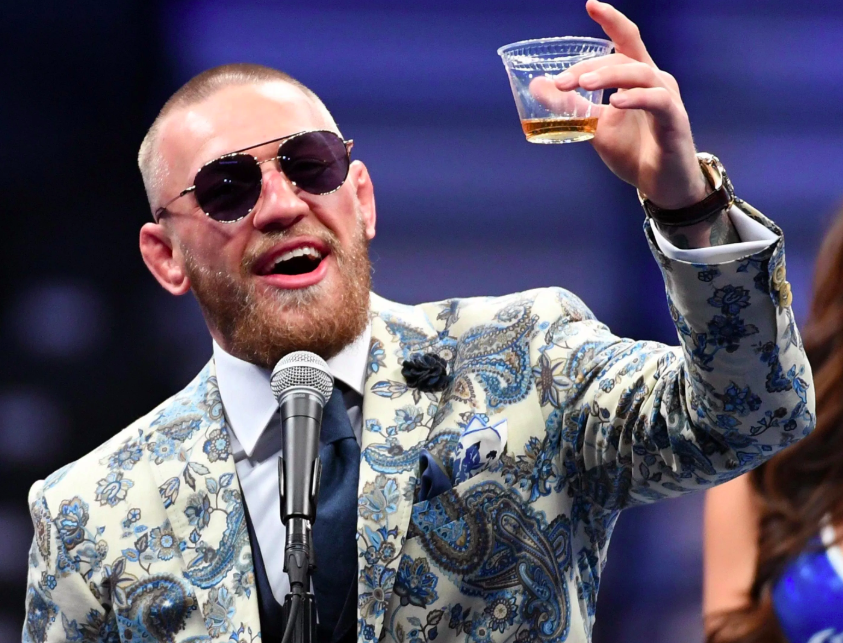 Conor McGregor Is A Douche, Punches Old Man In The Head Because He Refused To Take A Shot (VIDEO)

We knew drinking was a huge deal in Ireland, but we didn’t know it was THIS serious.

Back in April, Conor McGregor walked inside The Marble Arch Pub in Dublin and was obviously greeted with smiles and handshakes. The dude is probably a legend over there.

After saying hello to everyone, Conor appears to buy everyone a shot, but one old dude sitting at the bar wasn’t having it. He probably didn’t want to be apart of Conor’s obvious self-promotion for his Proper Twelve whiskey brand.

The old dude moved the shot glass away, but Conor was quick to replace it.

Conor placed a cup in front of him not once, but twice … and he still refused. Unclear if words were exchanged between them, but after Conor downed a shot with the other drinkers, he unexpectedly threw his notorious left fist right in the face of the old man who rejected the booze.

As you can see in the video, the punch didn’t seem to hurt the old dude at all. It was almost as if a fly had landed on his cheek. We’re not sure if that’s just the toughness of an Irishman, or if Conor held back a little with his punch.

In any event, everyone in the pub was shocked. You can see the bartender going all, “Oh my god!”

Conor was dragged out of the bar. As mentioned above, this happened back in April. Conor was not arrested at the time, but police in Ireland have told TMZ that they are still investigating the incident. I’m not sure what there is to investigate. Conor clearly assaulted the guy.

But again, it’s Ireland. In order to get charged with assault over there you probably have to at least break a nose or something.