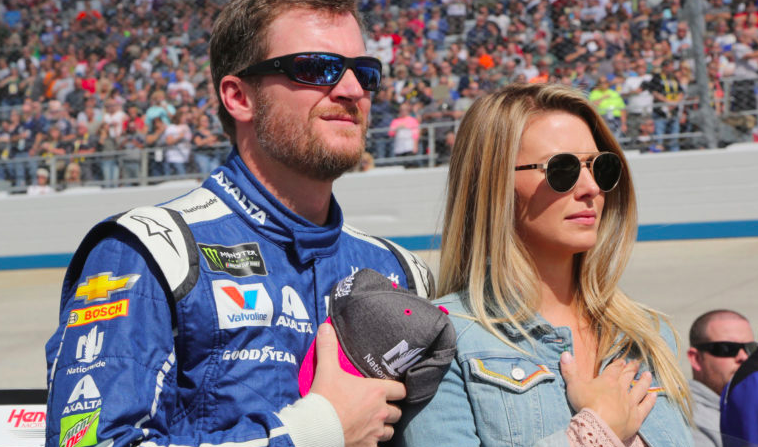 Dale Earnhardt Jr. And His Family Are Lucky To Be Alive Following Fiery Plane Crash (VIDEO)

Damn. As a race car driver, Dale Earnhardt Jr. is probably used to terrifying, high-speed situations, but he’s used to facing them alone.

This time, his family was with him, which had to be make the experience even more frightening. Dale, his wife Amy, their 1-year-old daughter, and even their dog were on board a private plane when it crashed in Tennessee on Thursday afternoon.

The jet reportedly rolled off the runway and caught fire after landing at Elizabethton Municipal Airport. Thankfully, everyone (including the pilots) were able to get out of the plane before it was too late.

I can confirm Dale, Amy & Isla along with his two pilots were involved in a crash in Bristol TN this afternoon. Everyone is safe and has been taken to the hospital for further evaluation. We have no further information at this time. Thank you for your understanding.

According to the most recent reports, Dale and his family have since been discharged from the hospital. A spokesperson from NBC Sports released the statement you see below…

We’re incredibly grateful that Dale, his wife Amy, daughter Isla, and the two pilots are safe following today’s accident. After being discharged from the hospital, we communicated with Dale and his team, and we’re all in agreement that he should take this weekend off to be with his family. We look forward to having him back in the booth next month at Darlington.

You think? He might need more than a weekend. I’m sure that sh*t was scary as hell, especially when your family is in danger.

We’re glad everyone is okay! And by the way, Dale is worth $400 million, so don’t cry over his lost jet.