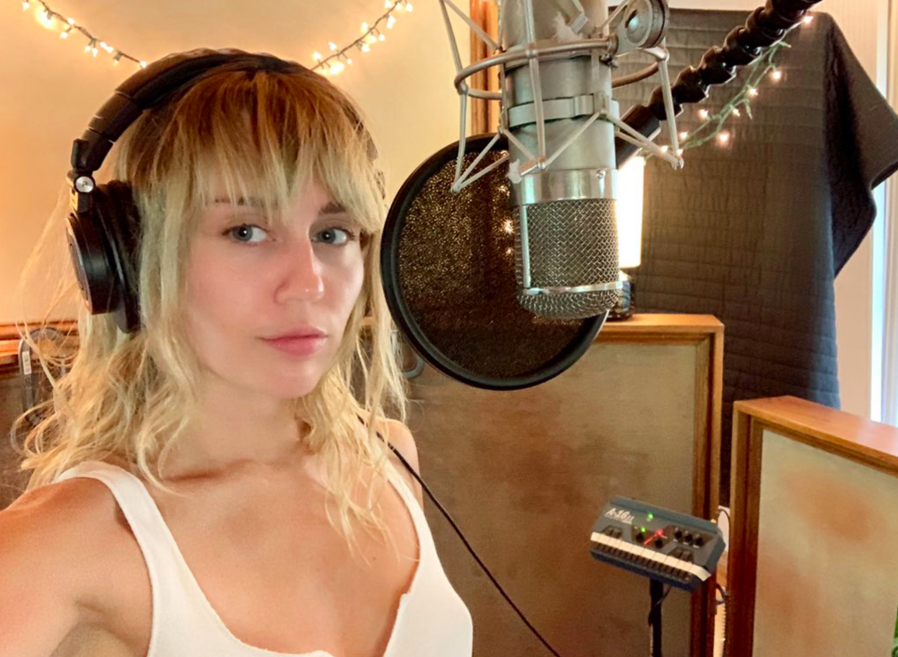 It looks like Miley Cyrus is trying to take a page out of Ariana Grande’s book: go through a very public breakup, turn around the next day and write a song about it.

Cyrus surprised her fans on Friday by releasing her latest single, “Slide Away,” which seems to be about her breakup with her estranged husband, Liam Hemsworth.

In the song she sings…

Not the most original lyrics out there, but whatever. It’s a trend I’ve noticed a lot lately with songs. They just list out a bunch of cliches/phrases, “made for us, turn to dust” or “we were found, but now we’re lost.”

Anyway, before I go on a rant, let’s get back to Miley. In this new song, she also mentions the Malibu house they lost last year in the wildfires…

I want my house in the hills. Don’t want the whiskey and pills / I don’t give up easily / but I don’t think I’m down.

She works fast. I wonder if she started writing/recording this before they actually split? Makes you wonder.

In any event, both Liam and Miley will be okay. Miley is already moving on, making out with her girl best friend on a yacht in Italy.

Liam seems to be taking it harder, but he’s a freaking Hemsworth. He’ll bounce back just fine.