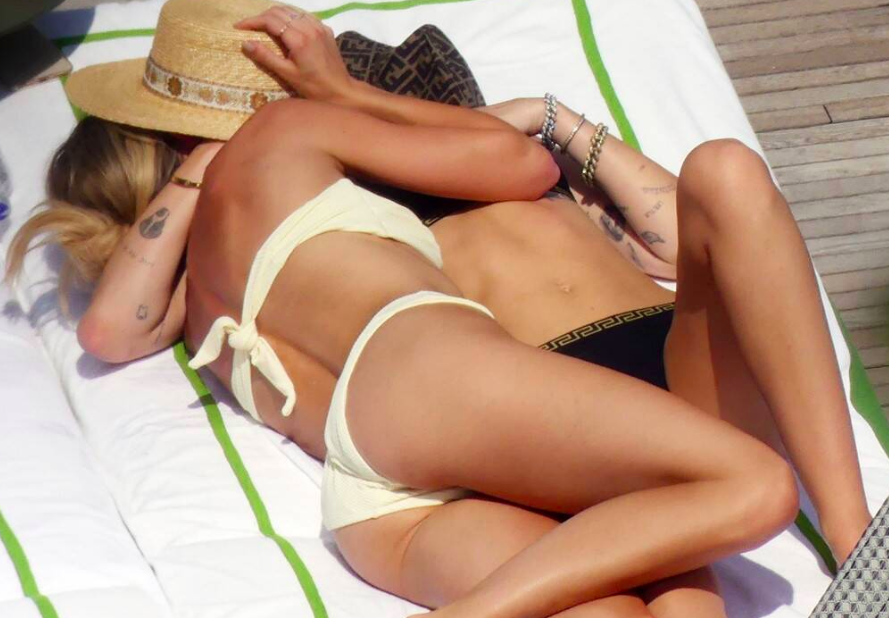 When Miley Cyrus and Kaitlynn Carter said they were just having fun together, we didn’t know they’d be having THIS much fun.

According to multiple insiders, Cyrus and Carter hit up a club in West Hollywood this past weekend. And the things that happened inside that club, well, they weren’t talked about in church on Sunday morning.

An ~spy~ inside the club claims Carter and Cyrus were all over each other the entire night.

Looks like they took their Italy makeout session and brought it back home to the states. Honestly, it sounds like they’ve been listening to Luda a little too much.

You know Liam Hemsworth has to be depressed. It’s one thing to go through a divorce, but to have your ex slap you in the face like this…damn.

By the way, Liam’s camp claims he was “blindsided” by this whole thing and is understandably upset. Meanwhile, Miley’s camp insists they had been having trouble for months and Liam is an alcoholic.

Who do you believe?