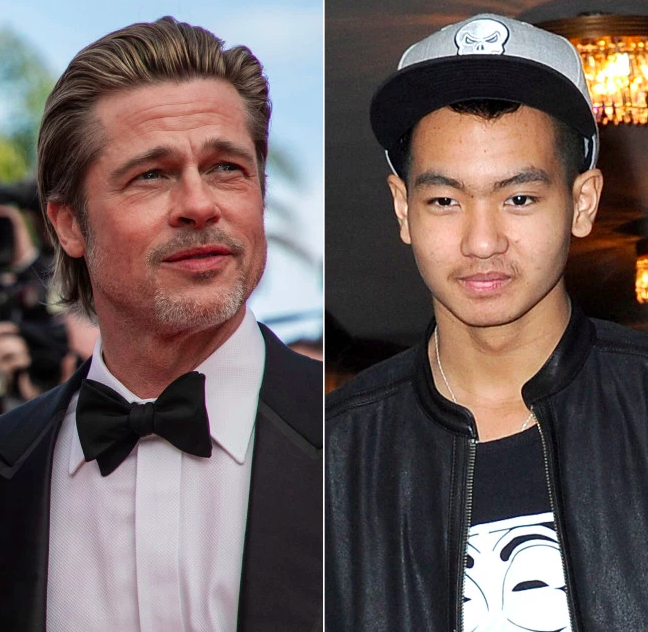 It looks like Brad Pitt may have ruined his relationship with his now 18-year-old son, Maddox Jolie-Pitt. As you all know, the two got into a fight on a private plane back in 2016.

The incident was all over the news, and it was the final straw for Angelina Jolie. She reportedly split from Pitt shortly after the altercation.

She filed for divorce after two years of marriage, but the couple had been together for nearly 10 years before that. The FBI and the Los Angeles Department of Children and Family Services investigated the incident on the plane.

Though the Fury actor was cleared of any wrongdoing, he had to jump through hoops — including attending therapy sessions, attending Alcoholics Anonymous and undergoing drug and alcohol testing — in order to prove his fitness as a father while Jolie had physical custody of the kids.

But the therapy sessions aren’t enough for Maddox. He’s still not a fan of Brad. Sources say Maddox is extremely close with Angelina, and just can’t get over all the yelling Brad used to do.

A source claims that Maddox doesn’t even see himself as Brad’s son, even though the movie star adopted him in 2006.

Even holidays didn’t soften his resolve. This past Christmas, Maddox, along with his brother Pax, opted out of opening presents at dad’s with their four younger siblings.

I’m sorry, but you know Pitt had to be a huge d**k if they’re passing up on the opportunity to open Christmas gifts from him! The dude is loaded!!! His Christmas gifts are probably lavish AF. We’re talking cars, homes, Macbooks, iPhones, F**KING PONIES, PROBABLY!

Sometimes you just have to bite your tongue, Maddox. Let Pitt give you gifts, man. It’s worth it.