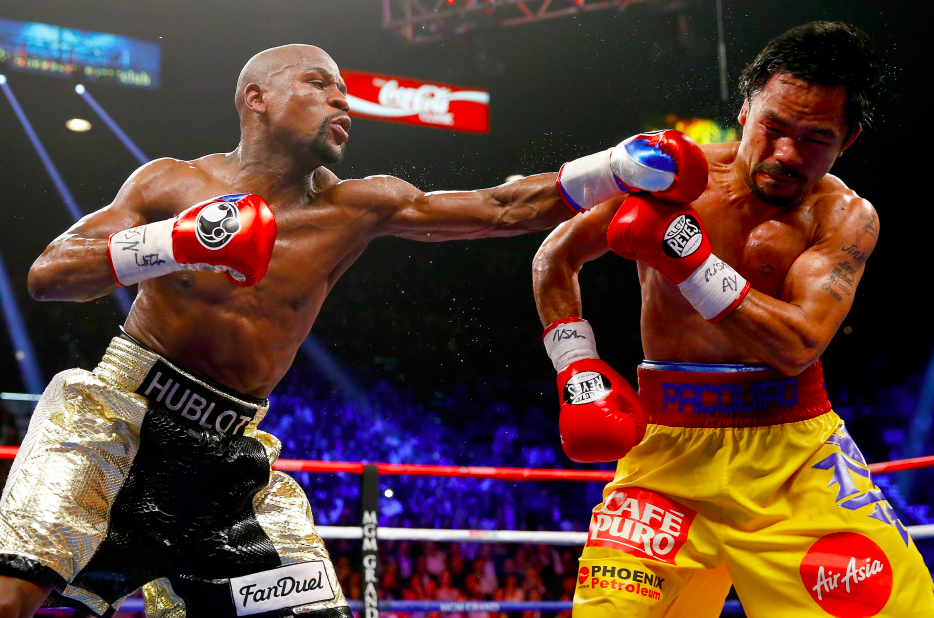 Just when you thought Floyd Mayweather might be done in the boxing ring, his father Floyd Sr. says don’t be surprised if he returns…TO FIGHT MANNY PACQUIAO AGAIN!

Cameras spotted Floyd Sr. entering the Beverly Wilshire hotel this week, and before he entered, they asked him if his son was going to fight Manny again.

He also said Floyd will “kick his ass” again. Dude is pushing 70-years-old and he’s still out there talking smack. You gotta love it.

Manny called out Floyd back in July, tweeting at him, “If you want to be relevant again #MayPac2.”

So if Manny is asking for it, and Floyd Sr. is saying that’s all the motivation Floyd needs…well then, what the hell are we waiting for?

Start putting money back for those PPV fees now. If they do fight again, it’s likely Floyd will dominate once again, but who knows, surprises can (and have) happened. I’m sure is a little piece of Floyd that thinks, “Why risk it? Once is enough!”

But that piece is smaller than all the other pieces saying, “BEAT THAT MOTHERF**KER AGAIN!”