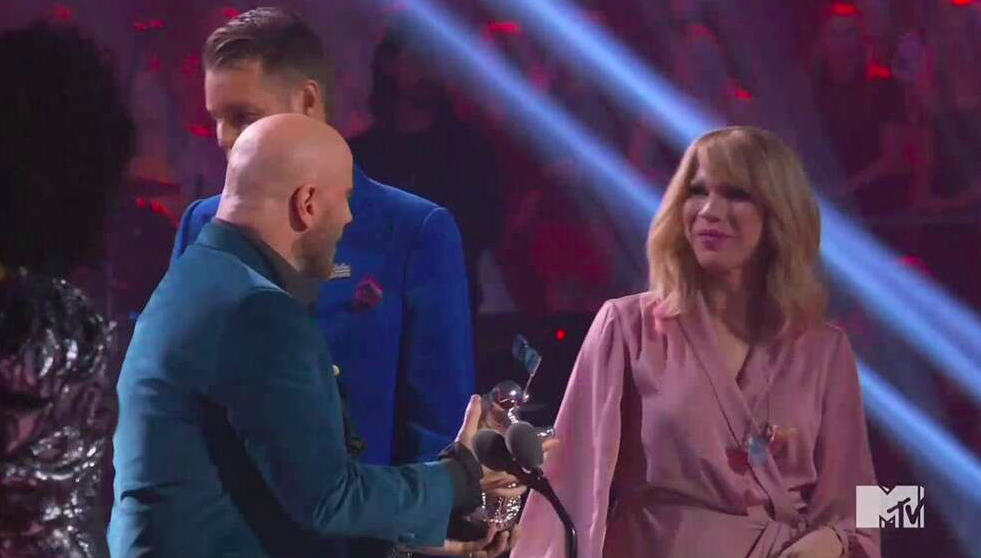 Ah. The MTV VMAs. The crazy uncle of award shows. It’s one of the few award shows you want to actually watch live because you know some weird sh*t is going to happen.

This year, the award for “Weird Sh*t Of The Night” goes to John Travolta. We’re not exactly sure why he was invited to this shindig, but he was there, and they even let him hand out an award.

While presenting the award for Video of the Year, Travolta tried to hand the award (which was awarded to Taylor Swift) to a drag queen named Jade Jolie. You can tell for at least several seconds, Travolta really thought Jolie was Swift.

Jolie was a professional. She brushed him off and smiled the whole thing away. But it would have been super hilarious if she played along and started talking to the audience. For what it’s worth, Jolie is known for doing a mean Swift impression, so maybe Travolta isn’t as senile as we think.

Or maybe he is, ’cause this isn’t the first time he’s done goofed at an award show. At the 2014 Oscars, he called Idina Menzel “Adele Dazeem,” but to his credit, he felt really bad about it. He event sent Menzel a huge bouquet of flowers to her dressing room.

No word on if he did the same for Swift, but at least Twitter had a good laugh about it…