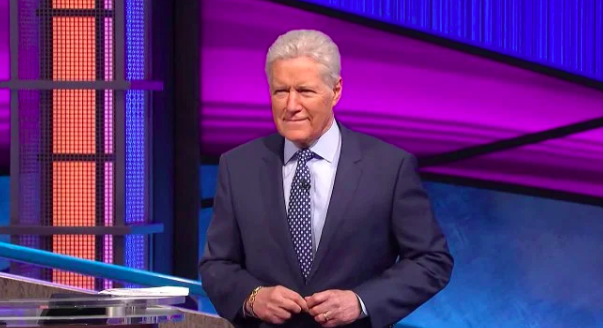 A few months ago, Alex Trebek promised he would be back to film more episodes of ‘Jeopardy‘ after the summer break. And while everyone was certainly praying for that to happen, most people knew there was a good chance it wouldn’t happen.

Trebek was diagnosed with stage IV pancreatic cancer. It’s basically one of the worst diagnoses one could receive. It’s not exactly a death sentence, but it’s pretty damn close.

When he announced the news to his fans, he told them…

Now, normally the prognosis for this is not very encouraging, but I’m gonna fight this and I’m gonna keep working and with the love and support of my family and friends and with the help of your prayers also, I plan to beat the low survival rate statistics for this disease.

And much to everyone’s surprise, it looks like he’s doing just that. In a new video uploaded to the Jeopardy’s YouTube page, the 79-year-old host told his fans that he’s on the mend…

I’ve gone through a lot of chemotherapy and thankfully that is now over. I’m on the mend, and that’s all that I can hope for right now. We have some exciting things coming up and I can’t wait to share them with you all. It’s going to be a good year.

Obviously he’s not out of the woods. The next few months will be crucial. If the cancer comes back or spreads, then that would obviously be a terrible sign.

But hopefully that doesn’t happen. It doesn’t help to speculate or worry, so we’re not going to add any negative thoughts. ONLY POSITIVE VIBES!