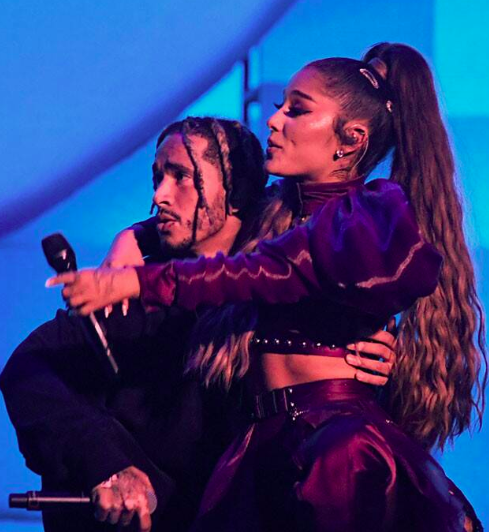 We’ve been hearing rumors about a possible relationship between Ariana Grande and Mikey Foster for a minute now. The rumors started after they teamed up for the song ‘Boyfriend‘ and its steamy music video.

There were clips of them getting flirty behind-the-scenes, which added more fuel to the romance fires.

Now we have official confirmation from Grande’s brother, Frankie. He talked to reporters at The Game Changers premiere on Wednesday and talked about going on a double date with Mikey and Ariana.

It was really fun. Game night! Board games! So fun. I love Mikey. I think he’s a really sweet guy. So talented. So kind and so caring. He’s a great guy.

It all makes sense now. Grande is currently on the road for her Sweetener World Tour, but Mikey is right there with her because Social House is one of the opening acts.

Hopefully this relationship has a better ending than Grande’s previous relationships. As you all know, she dated the late Mac Miller for a few years. She then got engaged to comedian Pete Davidson, only to have that go up in flames a few months later.

It’s been a wild year for Grande, so hopefully she and Mikey are taking it slow.