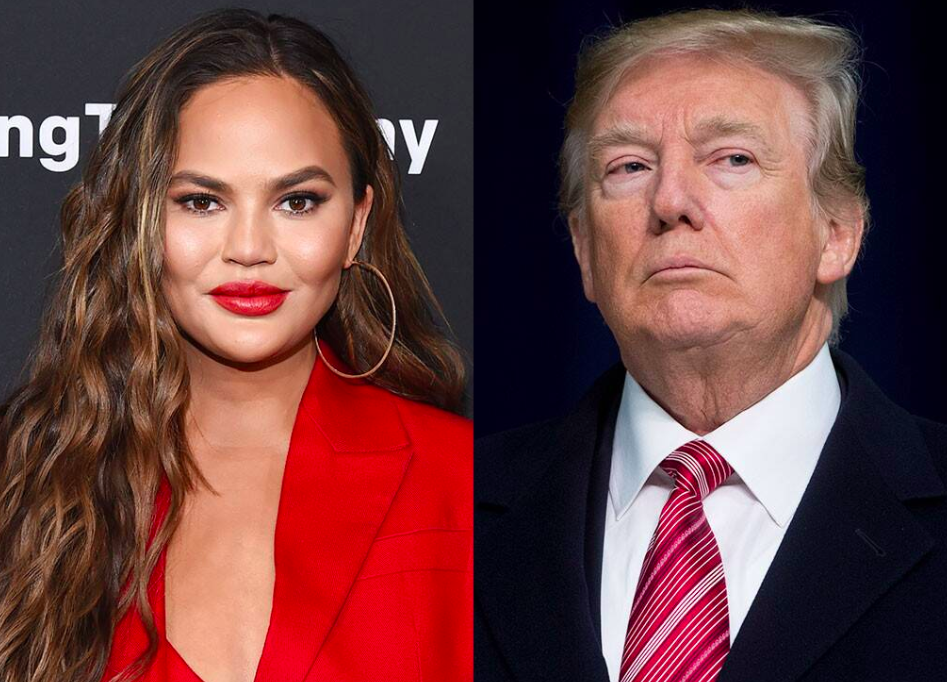 What a time to be alive, folks. We are living in such a ridiculous time period. Just how ridiculous are the times we are living in? Well, the President of the United States is getting into Twitter fights with Chrissy Teigen.

The Twitter battle started on Sunday when Donald Trump went on yet another rant. This time, he was talking about criminal justice reform. Basically, he didn’t feel like he was getting enough credit for working so hard on it.

I got it done with a group of Senators & others who would never have gone for it. Obama couldn’t come close. I SIGNED IT INTO LAW, no one else did, & Republicans deserve much credit. But now that it is passed, people that had virtually nothing to do with it are taking the praise. Guys like boring musician @johnlegend, and his filthy mouthed wife, are talking now about how great it is—but I didn’t see them around when we needed help getting it passed.

That’s our President, folks. He didn’t even have the decency to tag Chrissy Teigen in the tweet. Instead, he simply referred to her as John Legend’s “filthy mouthed wife,” which is the ultimate slap in the face.

Obviously Teigen wasn’t about to let this go. She went in hard on Trump and even called him a “pu**y ass bitch.”

lol what a pussy ass bitch. tagged everyone but me. an honor, mister president.

She didn’t stop there…

Luna, remember the night before your first day of school? When mommy was making your sign and the pussy ass bitch president had his 9th meltdown of the day pic.twitter.com/ZFZHJYrDPG

The “Pu**y Ass Bitch” hashtag was picked up by several celebrities on Twitter, but sadly it was too crude to be picked up in the “trending hashtags” section.

But according to the data, it would have been at the very top. That’s the power of Chrissy Teigen on Twitter.

There was also this video that was made…TRUMP IS NOT GOING TO LIKE THIS!