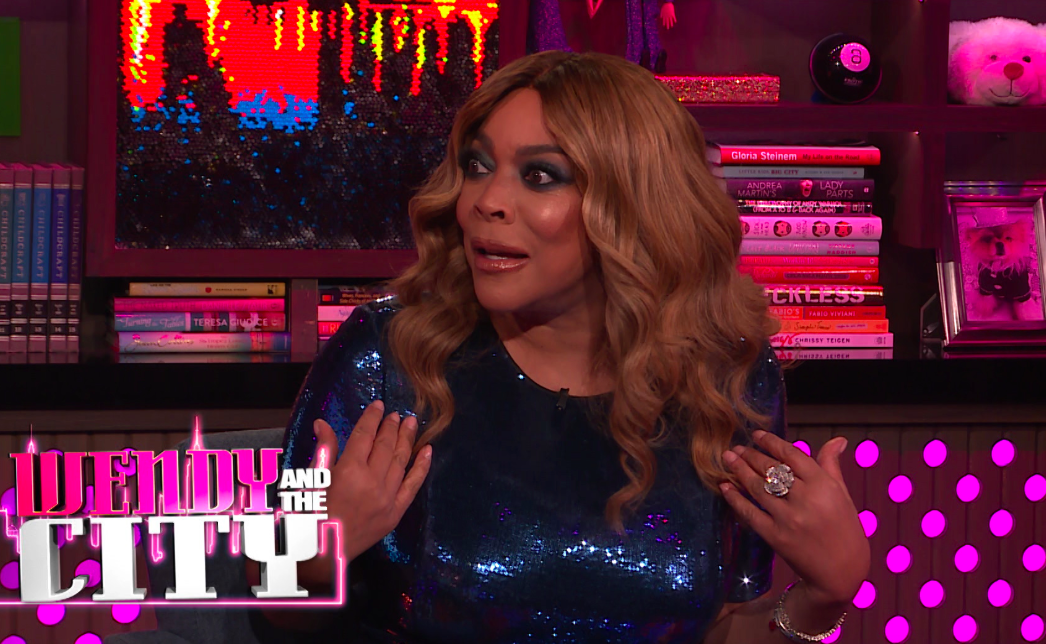 Wendy Williams is usually the one in control, asking celebrities the tough questions, but the roles were reversed on Sunday night. The 55-year-old talk show host was on ‘Watch What Happens Live with Andy Cohen‘

During her appearance, her divorce from Kevin Hunter was brought up…obviously. As you all know, Hunter cheated on Williams and even had a whole a** baby with another woman. Williams and Hunter had been married since 1999 and had one son together.

Williams played a game of ‘Plead the Fifth’ while on the show, and Cohen took this opportunity to ask, “How would you describe your relationship with the other woman and are you behind the Ferrari repo?” referencing the rumors that she had Hunter’s car towed.

Wendy gave the camera her signature smirk and said, “I don’t know what you’re talking about,” regarding the repo.

Wendy also talked briefly about what she’s looking for in a man. He has to be older than 47, but younger than 66. And he has to be at least 5’8. She stopped short of giving a preferred penis length.

By the way, Wendy claims she’s more than ready for the upcoming season of her talk show…

I really like the new me. I don’t know who I’ve become, but I like her. She’s smart. She’s strong. She makes good choices and she’s here for season 11.