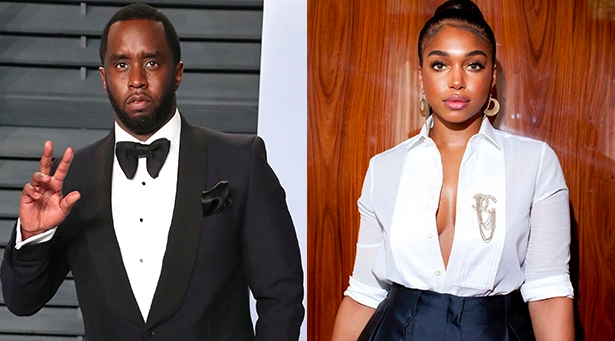 Diddy And Lori Harvey Just Got Back From Another Vacation Together, And Some People Believe Lori Is Pregnant! (PHOTO)

Just in case you were wondering, Diddy and Lori Harvey are still a thing. The 49-year-old near billionaire is still dating the 22-year-old daughter of Steve Harvey.

It’s an odd relationship, for sure. But it’s a relationship Steve apparently approves of because he and his wife were seen eating lunch with Diddy and Lori back in August. They were all smiles too. It was like Steve set them up or something!

For the past month or so, Lori and Diddy have been traveling the world together. They were in Mexico recently, and the paparazzi caught them at the Cabo San Lucas airport back on Sunday.

And what’s interesting about these photos is that Diddy appears to be rubbing Lori’s belly, much like one would if they had a bun in the oven.

Now obviously these photos aren’t proof that Lori is pregnant. Maybe she had a big lunch and wanted Diddy to feel her bloated stomach. Girls do that sh*t.

But at the same time…ya’ never know. You know they were f**king on every continent they landed on. All it takes is one little mistake (miracle?) and you got yourself a baby.

If Lori is pregnant (she’s probably not) but if she is, that would mean when this future kid graduated from high school, he (or she) would have a dad who is pushing 70 and a mom around 40.