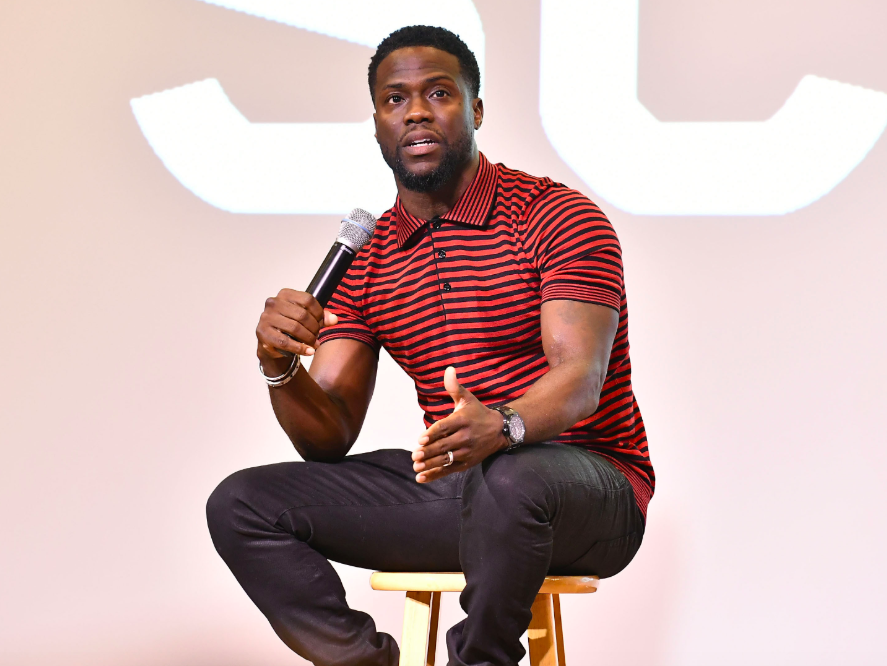 It’s been around 10 days since Kevin Hart was involved in a major car accident. As you all know, he was inside his 1970 Plymouth Barracuda when it veered off the road and fell into a ditch. His friend Jared S. Black was allegedly driving the car at the time, although there are conflicting reports on that.

After briefly going home following the accident, Hart went to the hospital. He was reportedly in severe pain and couldn’t really walk. He had back surgery the next day and has been recovering ever since.

According to some people in his team, Hart will only need a month or two of recovery. They say he’s already walking and things are looking good.

But is that the story Hart wants us to hear? A source talked to Us Weekly recently, and this source claims Hart is telling his team to downplay his injuries.

It’s going to take him many months to recover. It’s going to be extremely long and grueling. [He wants to] downplay the seriousness of his injuries because he has so many project commitments.

That would make sense. We’re sure he has a lot of money coming his way from these projects. He doesn’t want to worry investors.

Plus, you know if doctors told Hart it would be several months before he’s fully recovered, he’s thinking in his head, “Sh*t. I can do it in four weeks.”

The dude works hard, and he was in great shape before the accident, so we’ll see if he can pull off a miracle.

Hopefully he doesn’t push himself too hard though. Back injuries are not to be f**ked with.