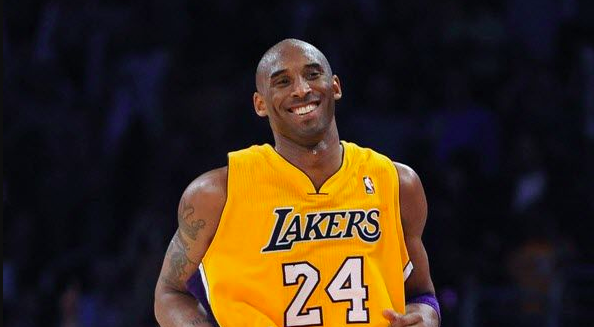 Confused by the headline? Allow us to explain. On Wednesday, Kobe Bryant experienced some unexpected heat after posting the photo + caption you see above.

In the caption, Bryant calls out a girl from his daughter’s youth basketball team for attending a dance recital instead of her basketball game.

Here’s our fourth place ‘winners’ picture lol six of the kids in the picture stayed with me and worked every single day to get better and continue to work to this day. The 7th player (not in pic) missed this game for a dance recital so that should tell you where her focus was at this time.

Damn, right? He’s just straight up calling out this girl. He stopped short of blaming her for the fourth place finish though, which was nice.

After receiving some hate, Kobe updated the caption to clarify a few things. He says the photo is two years old, and the girl he was talking about now lives and breathes basketball.

The 7th player (not in pic) missed this game for a dance recital so that should tell you where her focus was at this time, meaning she enjoyed dance more than ball which is fine. Now? She eats sleeps and breaths the game.

Lol. What a weird update. It’s a completely different tone. The first caption was like, “Fuck her,” and the updated one is all, “I totally understand gurrrl. I’d skip ball for dance too!”

And we would say the update was 100% insincere, but then Kobe pulled out them receipts.

He shared the video you see below, which shows him at 12-years-old dancing on stage. He’s the one in the green hat dancing to Ice Ice Baby.

When I was 12, I skipped basketball for two weeks so I could dance in a school show. I’m all about diversifying while young, then locking in on your passion.