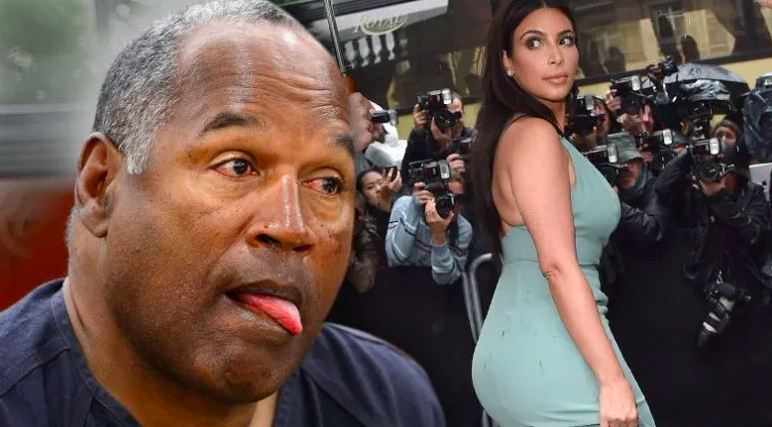 As most everyone knows, the Kardashian family will always be connected to O.J. Simpson. Robert Kardashian was a close friend of O.J.’s and represented him during his infamous 1995 murder trial.

Kim Kardashian was around 15-years-old when all that went down, and then just eight years later, her father unexpectedly died. So she probably associates O.J. with some painful memories.

During an appearance on Jonathan Cheban’s ‘FoodGod: OMFG’ podcast, Kim was asked about the last time she saw Simpson.

I think the last time I saw him was in Miami. It was before he had gone to jail this, you know, last situation. I think me, Kourtney [Kardashian] and Khloé [Kardashian] were in Miami in a club and we ran into him in the VIP section. It was behind a stage or something, I don’t even know what club it was at. I started crying. It was emotional, I think.

She revealed she doesn’t like to talk about the murder trial, but she still has a soft spot in her heart for O.J.’s kids.

I’m still somewhat friendly with his children. I don’t really talk to them, but I did connect with his son a few years back and I just have respect for them. Their lives must be extremely hard to really go through that. So I always just try to keep to myself on that issue and not bring anything up for them because, you know, every time someone does it’s super traumatic.

That’s surprisingly thoughtful of her. Kim has come a long way from, well, you know.