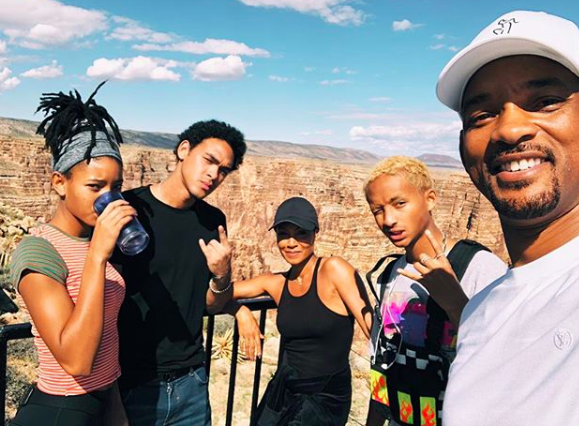 Will Smith has been in shape most of his life. Most dudes would be lucky to have his body, especially at the age of 50.

But just because he was in shape, doesn’t mean he knew what he was doing when it came to healthy eating. During an episode of Red Table Talk, Smith revealed he’s always had an unhealthy relationship with food.

He loves to eat. If he gets bored, he starts to eat, and apparently he was really bored during his summer vacation because he gained a lot of weight in just two weeks.

Smith says he would wake up and eat four or five muffins, “They started calling me Pudge Muffin,” Smith said of his family.

You know, Aladdin was successful, so I was like, ‘Muffin, muffin, muffin!’ he said. Then for lunch, I would have a Moscow mule, I’d have a little vodka. That was pretty much my routine for the 10 days. I’d wake up, eat five muffins and go back to sleep.

After returning to normal life following the vacation, Smith decided to fast for 10 days. He dropped weight quickly, but his energy level went down considerably. This made him think about his relationship with food. If he had to feel like sh*t just to lose a few pounds, he probably wasn’t doing it right.

So there you go, folks. Even the great Will Smith struggles with healthy eating. You are not alone. We’re all so obsessed with how we look, we forget that food is literally just energy. It’s like gas for a car.

Put food in your body that powers it, and you’ll be good.