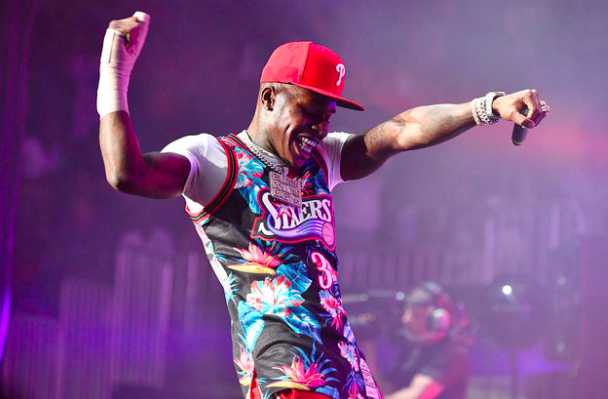 Rapper DaBaby was performing in New Orleans on Saturday night when things got a little out of hand. About 30 minutes into his set, DaBaby decided to go into the crowd, which is something he does at nearly every concert.

But this time around, the crowd got a little too handsy. The girls in the crowd were all over him, and at one point you can see him trying to shove one woman away.

When she comes back for more, DaBaby’s bodyguard steps in and punches her several times. She was knocked out and fell to the ground. She was reportedly out for a solid minute before her friends were able to wake her up and remove her from the venue that she probably forgot she was at.

The concert was shut down following the brutal knockout and the woman was seen briefly by paramedics.

The bodyguard who punched the girl claims he did not know the fan was a woman. He says he was only told after the fact, but I mean…how did he not know? It looked like it was mostly girls surrounding the rapper.

I don’t know, maybe it WAS a dude and then he punched him so hard that he turned into a woman. Nothing is off the table.

You know this girl is going to try and sue though. It’s just a matter of time.