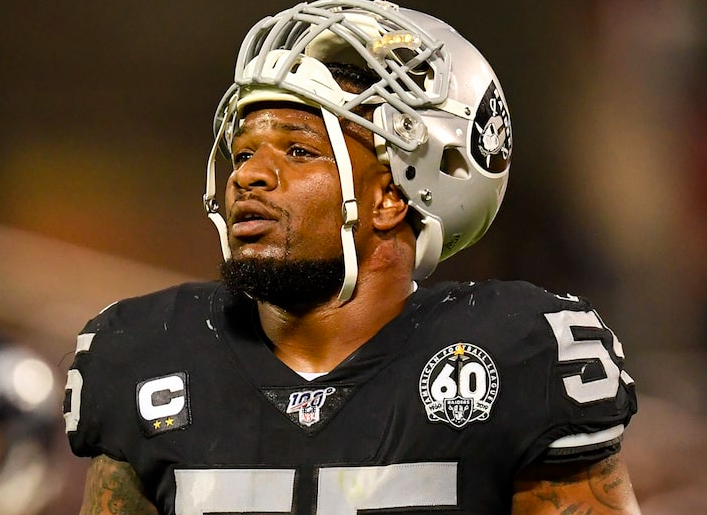 #Raiders LB Vontaze Burfict has been ejected from the #Colts gamepic.twitter.com/shskk2BUw3

The NFL is (finally) serious when it comes to protecting players from cheap and violent hits on the field.

On Sunday, the Oakland Raiders were playing against the Colts, and during the game the Raiders star linebacker/captain Vontaze Burfict put a vicious/unsafe hit on Jack Doyle.

It was a nasty helmet-to-helmet tackle while Jack was trying to get off the ground. Burfict, who has a history of playing dirty, could have easily just pushed Jack back to the ground, but instead he came in hard with his helmet.

He was ejected from the game following the hit, and now we are hearing that the league has decided to suspend him for the rest of the season.

There were no mitigating circumstances on this play. Your contact was unnecessary, flagrant and should have been avoided. For your actions, you were penalized and disqualified from the game. Following each of your previous rule violations, you were warned by me and each of the jointly-appointed appeal officers that future violations would result in escalated accountability measures.

However, you have continued to flagrantly abuse rules designated to protect yourself and your opponents from unnecessary risk. Your extensive history of rules violations is factored into this decision regarding accountability measures.

Of course, Burfict is appealing the suspension, but it’s hard to see the NFL changing their mind on this. Hell, some people on Twitter believe it’s not enough. They want him removed from the NFL. Personally, I think that’s a bit harsh, but I think removing him from this season is the right move.

It sends a strong enough message to make him think twice next year. Either he adjusts with the times or he doesn’t play. It’s that simple.