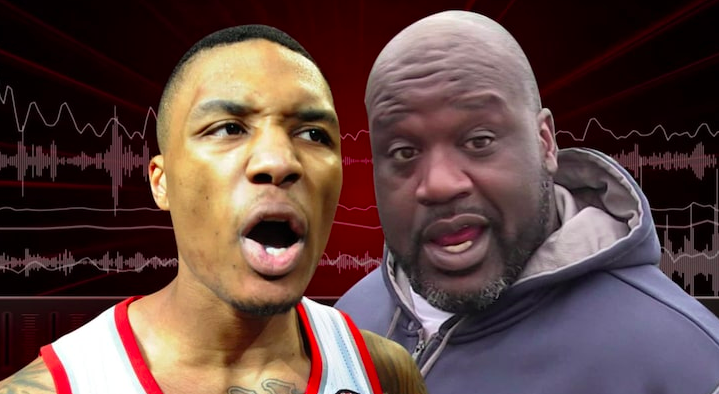 Shaq And Damian Lillard Are In The Middle Of Epic Rap Battle, Who Is Winning? (AUDIO)

The current rap battle between Shaquille O’Neal and Damian Lillard is heating up, folks. The drama started when Damian went on ‘The Joe Budden’ podcast and dissed Shaq’s rap career.

“I think I rap better than Shaq,” the NBA player said. He also claimed people gave Shaq a pass in the ’90s, “People weren’t looking at it like it’s a real rapper. It was like, ‘that’s Shaq rapping.'”

This obviously got Shaq’s attention. He wasn’t about to let this young buck throw shade on his good name. The big man jumped on his Instagram account and posted a nearly 4-minute long diss track.

I have to admit, I’m not mad at this at all. We all know Shaq is a clever dude, so writing a diss track is probably easy for him. He was probably waiting for some fool to challenge him.

He said, “What’s in your wallet, American Express or Visa, talking like you Bron you ain’t even Trevor Ariza!”

Damn. Obviously this isn’t a TRUE rap beef. No one is going after family members or anything. No one is getting shot. Deep down, this is all in good fun, but there are some memorable lines in this track.

Of course, Damian had to respond. He put out his own diss track, cleverly titled Reign Reign Go Away.

In the track, he obviously goes after Shaq’s filmography and says Kobe is the reason he has those rings, “We both could be working at Kinkos and Kobe won you them rings, though.”

The consensus online seems to be that Dame won this battle with his clap back diss track, but I’ve noticed a trend with these battles. People have short memories. The person responding always has the upper hand. Not only do they have more time, but they can also respond directly to lines heard in the original diss track. Not to mention the fact that Dame had more material to work with since Shaq has been around so long.

So while Dame’s track is certainly strong, I don’t think it’s THAT much better than Shaq’s, although…what was with that audio quality, Shaq? We gotta knock off some points just for the sh*t quality. Low effort, man. You got money. You can do better.