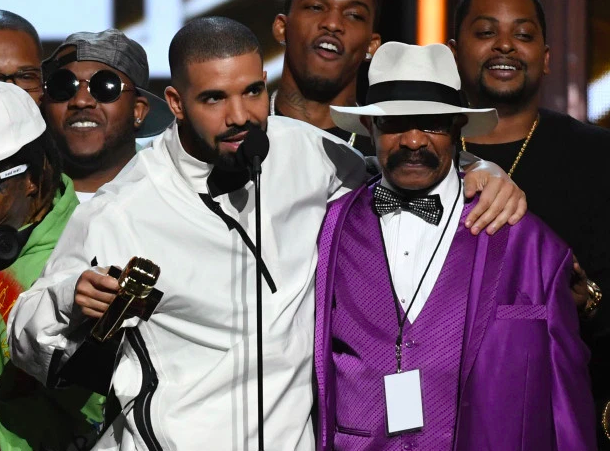 Drake’s Father Claims His Son Made Up Estranged Relationship To Sell Records, Drake Fires Back With Statement!

Throughout Drake’s career, there has been lots of chatter surrounding his authenticity. Just how hard was his life? Does he know anything about the streets? Violence? A damaged household? A father who wasn’t there?

It’s all up for debate, but one thing that seemed pretty solid was his complicated relationship with his father, Dennis Graham. His parents got a divorce when he was 5-years-old and his father went off to Memphis, leaving Drake and his mom in Toronto. Drake has claimed his father didn’t pay child support and was absent most of his life.

But during an interview last week on Nick Cannon’s Close Conversations, Dennis Graham claimed Drake made it all up.

I have always been with Drake. I talked to him if not every day, every other day and we really got into a deep conversation about that. I said, ‘Drake why are you saying all of this different stuff about me, man? This is not cool.’ And he goes ‘Dad, it sells records.’

Now look, man. I’m not saying Drake hasn’t made up sh*t to sell records. Obviously he has. Most artists have, but I also don’t believe Dennis for one damn minute. He went too far with his lie by trying to claim he talked to his son every day.

Come on, man. Even fathers who live in the same house as their son don’t talk to them every day! And here you were, a whole ass country away (and sometimes locked up) but you always found the time to call your son up every day? Nah. Don’t buy it. Nope.

And Drake ain’t buying it either. He doesn’t usually respond to sh*t making the gossip headlines, but this week he went on his Instagram Stories and posted the message you see below…