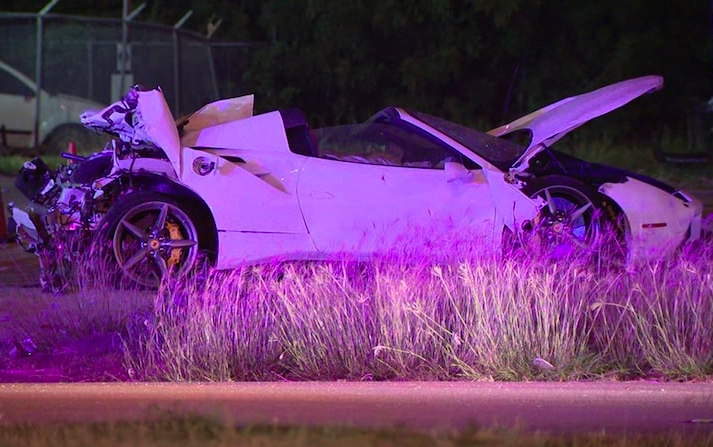 Unified welterweight world titlist Errol Spence Jr. was seriously injured early Thursday morning after crashing his Ferrari in Dallas. According to the reports, he was not wearing his seatbelt and was driving at a high rate of speed.

He was reportedly ejected from the car as it flipped five times after crashing over the center median.

Spence was transported to a nearby hospital for treatment. Police say he’s expected to survive. The Dallas Police Dept. raced to the scene. Several officers were seen investigating the crash. It’s unclear at this point if they believe alcohol was a factor.

It’s truly amazing that his injuries aren’t life threatening considering he wasn’t wearing a seatbelt and was ejected from the vehicle. Typically, people do not survive that.

For those who don’t know, Spence is one of the most exciting athletes in the world at the moment.

Spence (26-0, 21 KOs), 29, of DeSoto, Texas, a Dallas suburb, scored the biggest win of his career on Sept. 28, when he won a split decision against Shawn Porter to unify two 147-pound world titles at Staples Center in Los Angeles in an action-packed contender for fight of the year.

It’s too early to tell if this accident will impact his career, but right now, we’re sure he simply feels lucky to be alive. Hopefully this makes him rethink his driving habits. His love of exotic vehicles has been well documented on his social media channels, and that’s fine. No problem.

But treat them with the respect they deserve. They’re fast and dangerous. WEAR YO’ DAMN SEATBELT!

#BREAKING Exclusive video from a nearby security camera shows the crash that injured Championship Boxer Errol Spence Jr when he lost control of his Ferrari and it rolled multiple times ejecting him. Fortunately he survived and expected to be ok pic.twitter.com/2Z1xh9DDiA