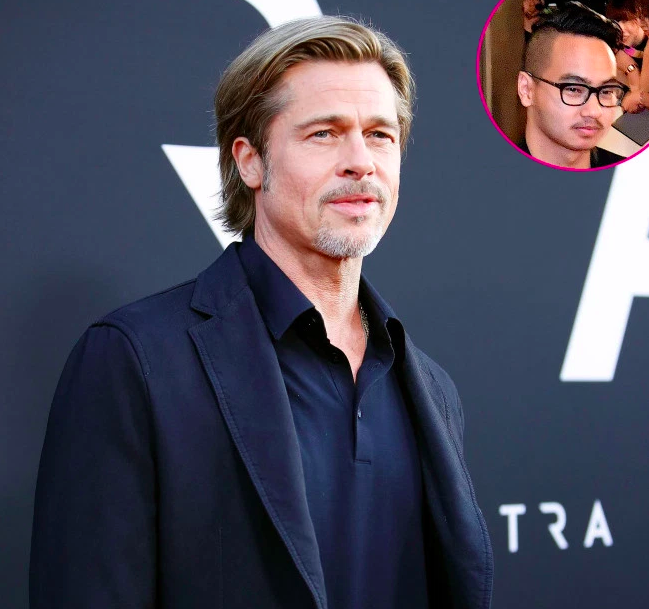 You all know about Brad Pitt’s troubled relationship with his adopted son, Maddox. Back when Brad was drinking all the time and starting sh*t with Maddox’s mother, Angelina Jolie, Maddox took notice. He was in his early teens when it first started, so he was old enough to understand what was going on.

And then when Maddox and Brad had their fight on the private jet a few years back, Maddox decided to cut him out completely. The incident was embarrassing for Pitt and led to his divorce from Angelina. It was probably one of the worst moments of Pitt’s life, but it made him get help for his addiction.

He’s better now, having been sober for over a year, but Maddox still doesn’t want anything to do with him. He refused to visit with him this past Christmas, and even convinced his younger sibling Pax to do the same.

Angelina has been making an effort lately to talk to Maddox, but it hasn’t been working. Sources say “Maddox hasn’t been receptive” to her efforts, “And for Brad, it’s a tremendous loss.”

And you know what? The relationship might be forever damaged with Maddox, which is why Brad is turning his focus to Pax. Now that Maddox is far away, attending college in South Korea, Pitt is trying to win back Pax here in the states.

With Maddox overseas, Brad is also hopeful that Pax will also be interested in reconnecting without the influence of his older brother.

I know money doesn’t buy happiness/love, but I think Pitt should at least give it a shot. He’s got a networth of what? $300 million? Sh*t. Buy Pax a ticket to the moon. Get him a Tesla. I don’t know.