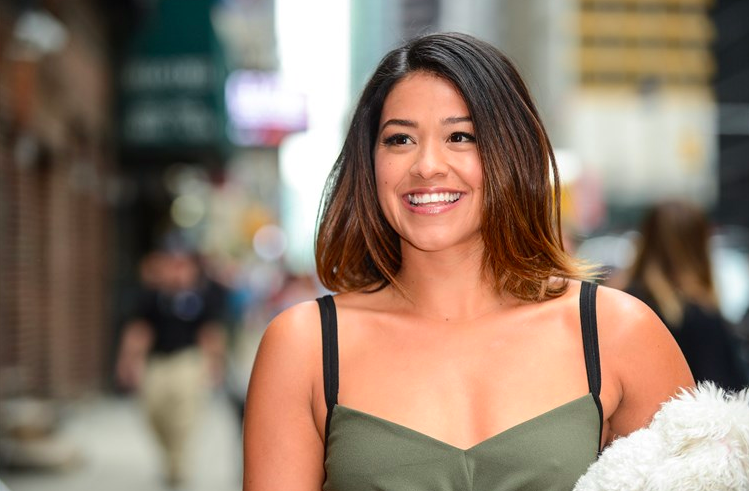 It’s been a rough week for ‘Jane the Virgin‘ actress Gina Rodriguez. She’s been experiencing intense heat after saying the n-word in a now-deleted Instagram video.

In the video, which was posted (and quickly deleted) on Tuesday, Rodriguez sings the Fugees song “Ready or Not” as she gets her hair and makeup done.

While performing Lauryn Hill’s verse in the song, she rapped, “Voodoo; I can do what you do, easy / Believe me … n–gas give me heebie-jeebies.”

This sparked outrage online, especially because she simply smiled and laughed after saying it, like she had gotten away with sneaking a cookie before dinner.

Check it out in the video. At the end, you can see her first apology video, where she actually seems pretty angry that she even has to apologize in the first place.

Now obviously saying the n-word in this context is different than calling someone the n-word or using it during some bullsh*t racist rant. To me, when a white person (or latino) uses the n-word while singing along to a song, it just shows a bit of ignorance on their part. It doesn’t mean they’re racist, just maybe a little entitled or insensitive.

In song or in real life, the words that I spoke, should not have been spoken. I grew up loving the Fugees and Lauryn Hill. I thoughtlessly sang along to the lyrics of a favorite song, and even worse, I posted it. The word I sang, carries with it a legacy of hurt and pain that I cannot even imagine. Whatever consequences I face for my actions today, none will be more hurtful than the personal remorse I feel. Watching my own video playing back at me, has shaken me to my core. It is humiliating that this has to be a public lesson but it is indeed a much deserved lesson. I feel so deeply protective and responsible to the community of color but I have let this community down. I have some serious learning and growing to do and I am so deeply sorry for the pain I have caused.

She should have issued this apology first. If she had, we probably wouldn’t even be talking about it right now.

At the end of the day though, we got a racist running our country, so we got bigger problems than some actress singing along to a song.