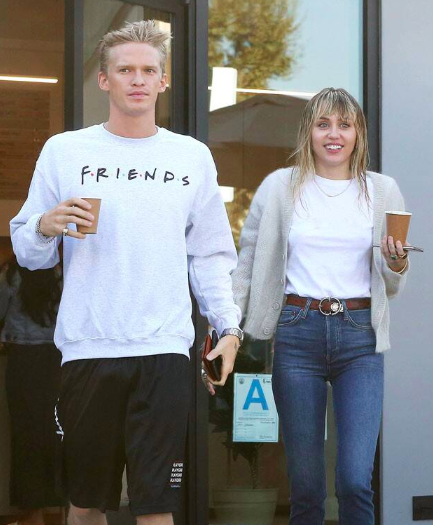 Geez. These artists are out here really try to capitalize on their relationships, huh? After Ariana Grande turned her disastrous engagement to Pete Davidson into a best-selling album, several artists have followed in her footsteps.

Including Miley Cyrus. Just a few weeks after splitting from her husband Liam Hemsworth, the 26-year-old singer released the track ‘Slide Away‘ which was basically telling Liam to slide away into the ocean. The music video has nearly 23 million views on YouTube.

Miley has been testing the dating waters for a few weeks now. She dated her former best friend Kaitlynn Carter for a couple weeks. They were seen making out all over town.

Now she has moved on with Cody Simpson, and just like Liam, Cody is from Australia. He’s a singer though, and doesn’t quite have the muscle mass Liam does, so they’re not exactly the same.

They’ve only been dating for two weeks, but Cody has already written, recorded and released a song about their romance.

Why the rush? Well he has to put it out there before they split. You don’t actually think this is real, right? I mean, his new song (Golden Thing) features truly deep lyrics like…

But hey, maybe we’re just haters. Miley seems to like it after all. She shared the video in her Instagram Stories and wrote, “MY HEART”