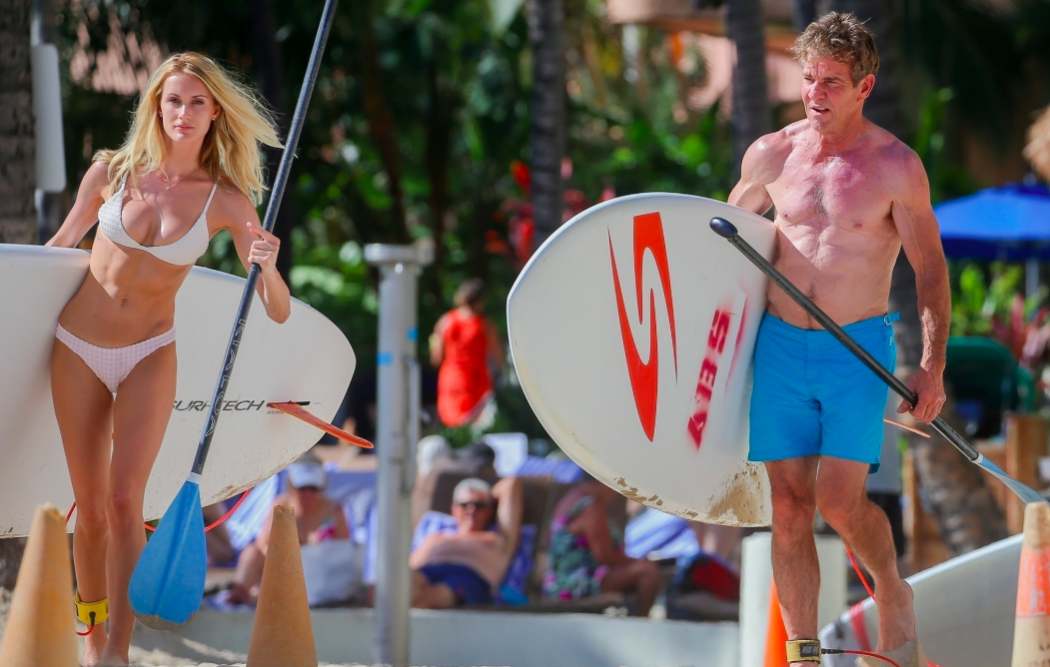 Kimberly was his most recent failed marriage. They officially got divorced in 2018. Kimberly was a real estate agent who was a healthy 20 years younger than the actor.

And now just one year later, Quaid is ready to get married again, and this time he’s going even younger. His new boo is a 26-year-old University of Texas Ph.D student named Laura Savoie. So we’re looking at an almost 40 year age gap between them.

Quaid decided to propose to the college student during their recent trip to Hawaii to promote his new film.

During an interview with Extra, the actor talked about the proposal…

It happened on the very northernmost point of Oahu, at Turtle Bay. It was kind of spontaneous. It was very much a surprise. I had the ring in my pocket … It has been kind of a month-and-a-half plan … I wanted it to be private. She was actually taking a selfie of us, and I put the ring in front and said, ‘Will you marry me?’ — and then she fell down.

Notice he didn’t say sh*t about getting down on one knee, ’cause he’s too damn old for that. He gets down on a knee, he ain’t never gonna get back up. They’d be at the northernmost point of Oahu for life.

Obviously the internet is having a little fun with this engagement news, considering Quaid is old enough to be Laura’s grandfather.

Check out some of the best tweets below…

A 39-year-old Dennis Quaid sits outside a hospital’s nursery, he’s approached by a new father, “Which one is yours?”

Dennis points at an adorable newborn, “In 26 years, that one.” https://t.co/cKRcSLNSaX

Fun fact: actress Elaine Hendrix, who played the character considered too young to be Dennis Quaid’s girlfriend in the 1998 film, is now 48 years old and is totally too old for him now. pic.twitter.com/A28N2Xd4FQ