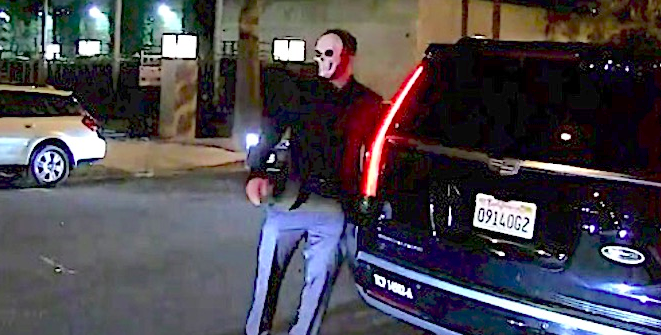 Ben Affleck Slips Up In His Sobriety, Stumbles Coming Out Of Halloween Party Drunk AF (VIDEO)

The road to sobriety never ends, as most addicts will tell you. It’s a road you’re on forever, and sometimes you’re going to take an exit or two.

Ben Affleck took an exit this past weekend. The paparazzi caught him coming out of the UNICEF Masquerade Ball in West Hollywood on Saturday night. The masked 47-year-old actor was obviously drunk.

You can see him stumbling, almost falling down to the ground at one point. He eventually finds his way to an SUV, which appeared to have some blonde girl in it waiting for him.

Shortly after the video spread online, a source close to the actor told reporters…

Sobriety is difficult and elusive for everyone struggling with addiction, and Ben has acknowledged he’s going to slip up from time to time. It was never as if this was simply behind him.

He slipped up and he knows it. He isn’t happy about it. He has a sober coach with him now and intends to get right back on track.

What’s surprising is that cameras caught him driving to his ex Jennifer Garner’s house on Sunday morning. He appeared to be in a good mood with a coffee in his hand.

He told the cameras, “Well, you know, it happens. It’s a slip, but I’m not going to let it derail me.”

And I suppose that’s the right attitude to have. If he lets it get him down too much, that’s only going to increase the urge to drink. As of right now, he has no plans to enter rehab again.

I’m sure this was a situation where he went in thinking, “I’m better now. I can have just ONE drink!” and then that one drink turned into six or seven.