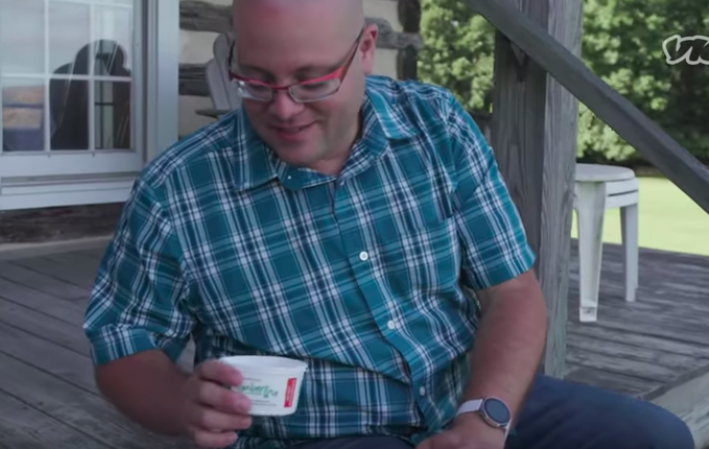 White People Are Weird As Hell: Man Admits He Has Sex With Worms And Other Bugs (VIDEO)

Halloween is over, but that doesn’t mean the freakiness has to end. The internet has provided us with countless moments of pure disgust. I mean, thanks to the internet, I’ve seen a dude chop off his own penis and two women eat each other’s sh*t.

But I’ve never seen anything like this video from VICE. The video in question, which is titled ‘VICE Guide to Sex: Bug Play aka Formicophilia‘ is the strangest video you’ll see all year.

In the video, multiple white dudes talk about having sex with various insects. And the reason I point out their race is because you’ll never find a black dude doing this. This is clearly some “white only” sh*t, much like shooting up schools and NASCAR.

The men in this video admit to putting their penis inside a jar and letting worms (and even maggots) crawl over it.

But believe it or not, that’s not the most disturbing piece of information shared. Toward the end of the video, one of the guys talks about insertion.

F**KING WORM INSERTION! This dude lets worms crawl all up inside his urethra.

I put my penis in ice cold water because worms enjoy cold places. They’ll be likely to go in that way. Sometimes that’s still not enough and so I use incense for that smoke, which will make them want to crawl down into, to get away from the smoke.

This is too much. If you’re like me, you might be thinking, “Okay, these dudes are clearly actors. No one is actually letting worms crawl inside their d**k hole.”

But if you watch the video, you’ll see how real this sh*t is. At around the 5:45 mark, one dude nearly creams himself after a few smacks from a stick!!!

Press play if you want, but you’ll never be the same.