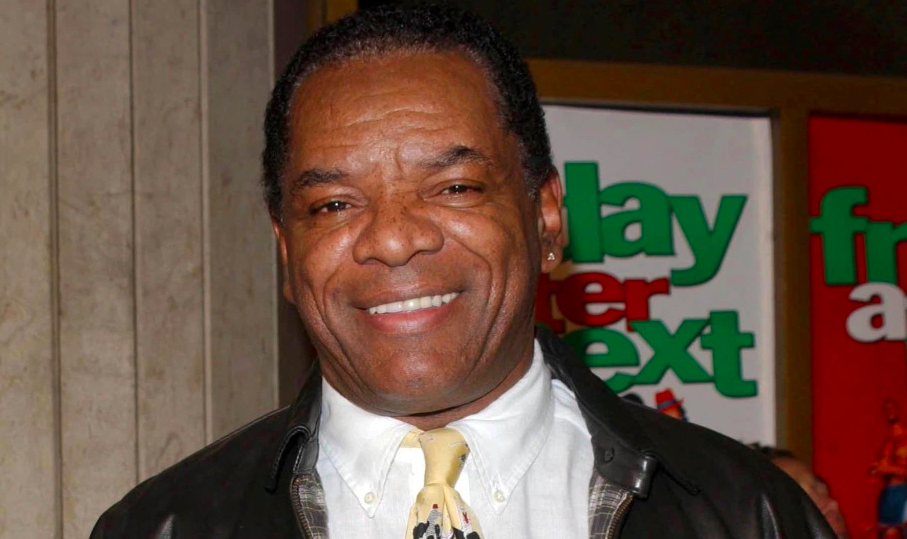 Last week, we shared the horrible news with you all, legendary comedian/actor John Witherspoon died suddenly inside his California home.

He was 77-years-old when he went into cardiac arrest. Paramedics were called to the scene, but the emergency call ended up being canceled because CPR attempts were unsuccessful.

His family decided to have an open-casket celebration of life, and it seemed like everybody in Hollywood showed up to say goodbye. David Letterman commenced the celebration. He and John went way back together at The Comedy Store, alongside greats like Robin Williams and Richard Pryor.

Ice Cube was also there. He spoke during the ceremony, sharing memories from their time together.

Some other celebrity guest speakers included Cedric the Entertainer, George Wallace, Angela Gibbs and Bill Bellamy. Regina King couldn’t make it but she did send along a video message that was played on the big screen.

It certainly seemed like a great way to celebrate John’s life. You can see just how loved he was by everyone he worked with. A class act, for sure.

And the dude was funny as hell. The world will certainly miss him, but the impact he made during his time on Earth will last forever.