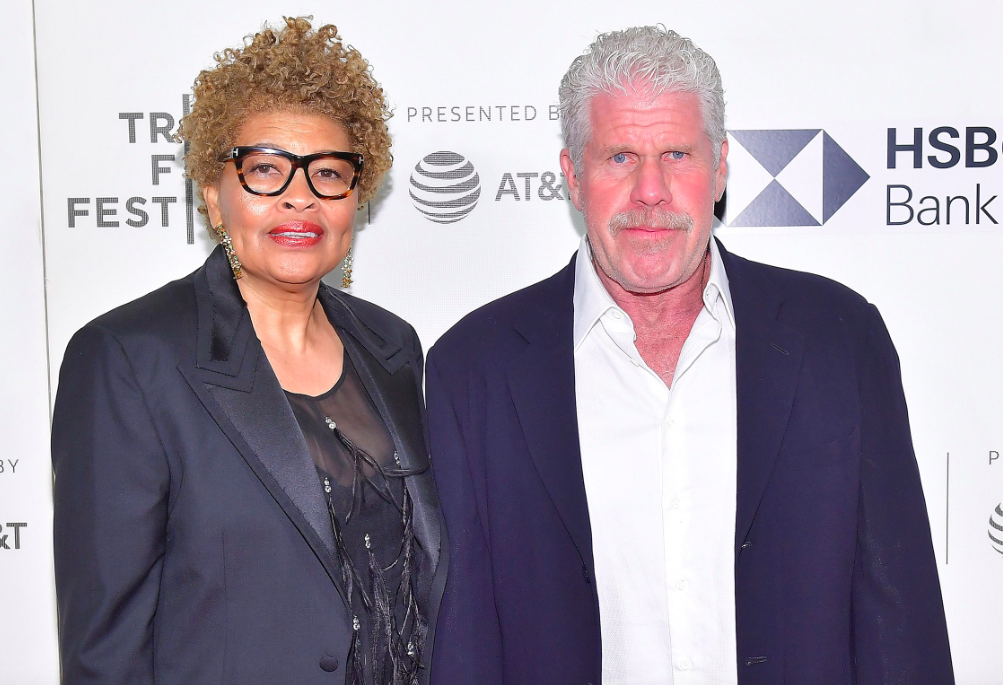 Damn, Ron Perlman Files For Divorce From Wife Of Nearly 40 Years Because He Fell In Lust With Younger Co-Star

You would think, after being together for 38 years, Ron Perlman and his wife Opal Stone Perlman would be free from the Hollywood curse, but apparently not.

It was announced this week that Ron filed for divorce from Opal. The 69-year-old star listed their separation date as May 10, which is extremely convenient.

Why do we say that? Well because back on May 15, he was spotted kissing his 42-year-old StartUp co-star, Allison Dunbar. They had dinner at some fancy steakhouse in Pasadena and were spotted by the paparazzi.

One week later, they were seen taking their dogs for a walk.

Dunbar has shared several photos with Perlman on her Instagram page over the past year. She has also uploaded pictures with his daughter, Blake.

It appears that things are legit between them. It’s pretty sad to see Ron drop his wife of nearly 40 years just because he wanted some pretty young thing, but hey…that’s Hollywood.

Ron will pay spousal support to Opal, so at least she’ll still be able to afford the lavish lifestyle. Ron and Opal have two kids together, both grown adults, so there won’t be any custody issues to worry about.

Crazy stuff. You would think at 69-years-old, you would kinda just stick with what you have, ya’ know? It’s like requesting a new meal at a restaurant after already cleaning your plate.