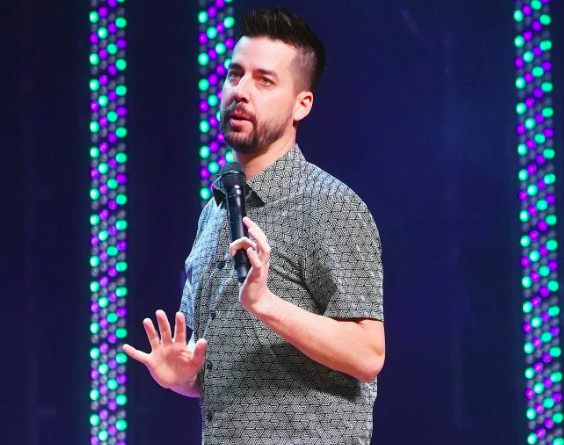 Comedians are no strangers to sexual assault allegations, but this story is a little different because the comedian in question this time is a famous christian comedian.

John Crist has been accused of sexual misconduct by five women. The allegations were published by Charisma News on Wednesday. The report claims Crist abused his platform to harass and manipulate multiple women.

The Christian news outlet also alleged that the Georgia native had sexual relationships with married women and women in long-term relationships, and offered tickets to his shows in exchange for sexual favors.

As far as sexual misconduct rumors go, sleeping with married women who want a free trip to see your show is pretty tame. At least compared to the allegations against Cosby and Louis C.K.

But because this Crist dude is a christian comedian, the backlash is more severe. He’s promoting this clean lifestyle, meanwhile he’s taking yo’ girl out back and using her wedding ring as a c**k ring.

Crist issued the apology/statement below…

Over the past number of years, various women have accused me of behavior that has been hurtful to them. While I am not guilty of everything I’ve been accused of, I confess to being guilty of this — I have treated relationships with women far too casually, in some cases even recklessly.

My behavior has been destructive and sinful. I’ve sinned against God, against women and the people who I love the most. I have violated my own Christian beliefs, convictions and values, and have hurt many people in the process.

He claims to have entered a treatment plan for his addiction to sex and has canceled his remaining tour dates for 2019. Not exactly a huge deal, considering there is only one month left in the year.

If this dude looks or sounds familiar to you, it’s probably because he dated former ‘American Idol’ star Lauren Alaina. They had been friends for a while before starting a relationship together. They broke up two months ago, probably because he couldn’t keep it in his pants.