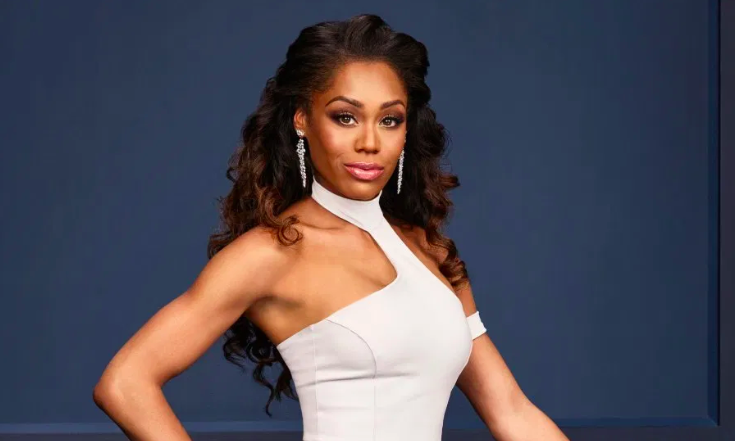 First of all, let’s talk about the elephant in the room: yes, the locations for the ‘Real Housewives‘ series are getting more and more obscure. They started with Orange County, New York City, Atlanta, New Jersey, but now they are getting a little desperate.

In 2016, they premiered the first season of Real Housewives of Potomac. Apparently, Potomac is an affluent town in Maryland. Back in 2011, Bloomberg named Potomac the 29th richest zip code in the United States. The median income is over $240,000.

So yeah, it’s a small town, but an extremely wealthy one, which is probably why Bravo decided to expand the franchise there.

Now that you’re all caught up, let’s talk about what went down last month. RHOP stars Monique Samuels and Candiace Dillard got into a little altercation back on October 16.

The pair were at dinner with their fellow Housewives, when they got into an argument and Samuels allegedly grabbed Dillard, 32, by the hair and pulled her down. Cameras were shooting footage for the upcoming season 5 of the Bravo show as the altercation took place and it took several people to get Samuels off the former Miss United States as police were called.

On Thursday, November 7, the District Court of Montgomery County decided to charge Samuels with second-degree assault. A trial date has been scheduled for December 23. Seems like an odd date to me, just one day before Christmas Eve, but whatever.

Dillard’s personal attorney spoke to US Weekly, and he tried his best to make this issue seem bigger than it actually is…

The physical assault, humiliation and emotional distress have all been very painful and difficult for Candiace as it would be for anyone attacked so viciously. We also pray that Monique will get some help.

Pretty sure this is just standard ‘Real Housewives’ behavior. Just a little brawl to bring in the ratings.

TRYING TO PUT POTOMAC ON THE MAP! Do they have an Olive Garden there?