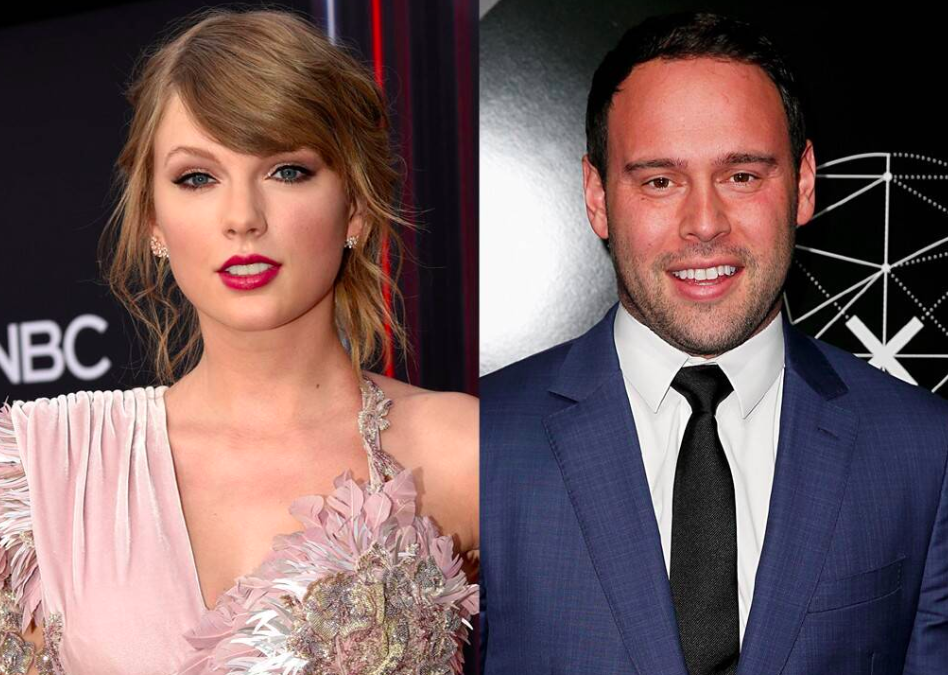 Taylor Swift Calls On Her Fanbase To Attack Former Record Label, But Who The Hell Is In The Right Here?

I was trying to avoid writing about this, because it’s basically a bunch of “he said, she said” bullsh*t. It all seems like some petty issues between rich, white folks.

But it’s a big story, and maybe you care to know about it. Basically, Taylor Swift is going after her former record label once again. On Thursday, she asked for help from her fans because she claims Scooter Braun and Scott Borchetta are blocking her from performing her old hits at the 2019 AMAs.

She also claims they’re blocking her from putting some of her old tracks in her upcoming Netflix documentary.

Scott Borchetta told my team that they’ll allow me to use my music only if I do these things: If I agree to not re-record copycat versions of my songs next year (which is something I’m both legally allowed to do and looking forward to) and also told my team that I need to stop talking about him and Scooter Braun. Don’t know what else to do. The message being sent to me is very clear. Basically, be a good little girl and shut up. Or you’ll be punished.

This is WRONG. Neither of these men had a hand in the writing of those songs. They did nothing to create the relationship I have with my fans.

She then asked her fans for help. She asked them to contact other artists who are managed by Braun, in hopes they can talk some sense into him…aka threaten to fire his a** if he doesn’t agree to release the music.

And all this sounds pretty terrible, but we have to remember Swift has built her career around being a victim. Some of her first songs were about bullies in school and mean boys who broke her heart. That continues to be the case to this day.

So is she telling the 100% truth here? Probably not. Big Machine Label Group (which is owned by Borchetta) responded to Swift’s claims in a lengthy statement…

As Taylor Swift’s partner for over a decade, we were shocked to see her tumblr statements yesterday based on false information. At no point did we say Taylor could not perform on the AMAs or block her Netflix special. In fact, we do not have the right to keep her from performing live anywhere. Since Taylor’s decision to leave Big Machine last fall, we have continued to honor all of her requests to license her catalog to third parties as she promotes her current record in which we do not financially participate.

They continue by saying Swift contractually owes them millions and all they want to do is talk to her. They claim she’s declined every meeting they have requested, “All we ask is to have a direct and honest conversation. When that happens, you will see there is nothing but respect, kindness and support waiting for you on the other side.”

Now you’ll notice they cleverly worded their statement. They said, “At no point did we say Taylor could not perform on the AMAs or block her Netflix special,” which is true, and not at all what Swift said. She claimed they wouldn’t allow her to insert/play her OLD songs, which they did not deny.

Swift’s rep fired back to their statement by releasing an email from the Vice President of Big Machine, which was dated October 28.

Please be advised that BMLG will not agree to issue licenses for existing recordings or waivers of its re-recording restrictions in connection with these two projects: The Netflix documentary and The Alibaba ‘Double Eleven’ event.

So yeah, it looks like they are being d**ks, but it also looks like Swift is enjoying being the victim once again. Instead of trying to reach an agreement, or probably just letting go of a few million to pay them off, she’s taking this public and trying to get everything her way.

And it’s likely she’ll win because of her incredibly strong fanbase.