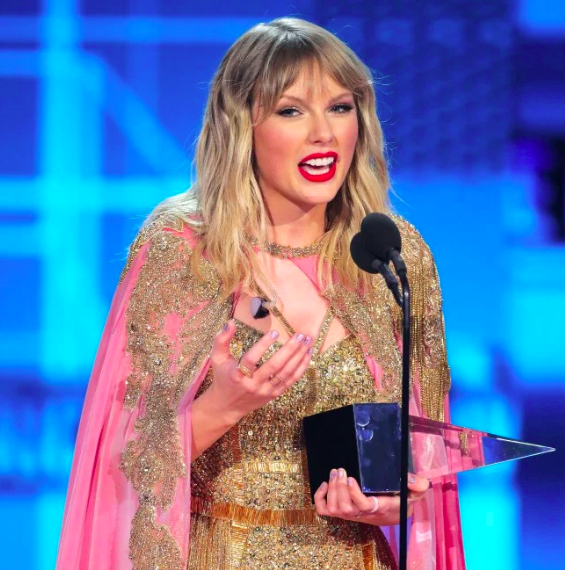 Once again, playing the victim turned out pretty well for Taylor Swift. In the two weeks leading up to the 2019 American Music Awards, there was a lot of controversy surrounding Swift’s performance. She sent out a letter to her fans claiming her old record label, Big Machine, wouldn’t allow her to perform her old songs.

She called out Scooter Braun and Scott Borchetta, basically encouraging her fans to give them hell.

It worked. Her fans sent thousands of messages, and some even sent death threats. One person even called Braun’s wife at home and threatened to kill his entire family. This caused Braun to send out an open letter, saying Swift is free (and was always free) to perform her old songs.

So yeah, another win for T-Swift. It’s hard to believe one of the most powerful artists in the world, who has a net worth close to $400 million, could be the victim so often…but here we are.

Anyway, she had a special night at the AMAs on Sunday. She became the winningest artist in AMAs history with a total of 29 awards. She was presented the Artist of the Decade award and won the Artist of the Year award. In addition to all that, she also put on a performance, where she was allowed to perform her old songs.

During one of her many speeches, she thanked her fans and made her mother cry…

Guys, we’ve had fun, incredible, exhilarating times together and may it continue. Thank you for being the reason why I am on this stage. From the very first day of my career until tonight, I love you with all of my heart, thank you for everything. Thank you, AMAs. Thank you. Just, thank you. I’m so lucky to get to do this. Thank you.

This industry is really weird. Sometimes people who do what we do feel like, I’m sure some of you feel like this too, with your lives — like, you feel like your stock is up or down, or people like you or they don’t, or you’re feeling bad about yourself. But, the people that hang in there for you are the ones that you will never forget.

She did not directly mention the controversy with her former record label; however, she did wear an outfit (in the beginning of her performance) which featured the names of her old albums.