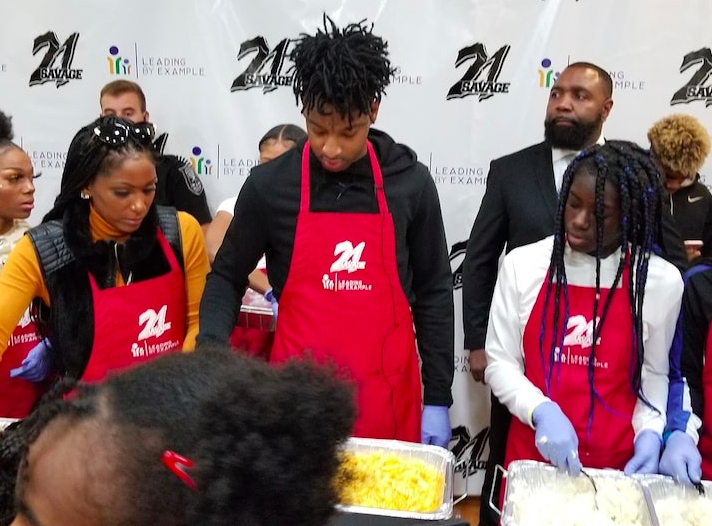 21 Savage is still fighting ICE. As you all know, he was arrested back in February and placed in ICE custody. He apparently entered the U.S. legally from the U.K. back in 2005, but at some point his visa expired and he’s been living here illegally ever since.

The rapper wasn’t even able to get a work permit for 8 months, which meant he couldn’t work domestically. He finally got one last month, so at least now he can work in the U.S. … but traveling out of the country is out of the question until he gets things cleared up with immigration.

And with most money coming from tours, not being able to leave the country and do shows around the world is debilitating for an artist.

But 21 Savage isn’t letting this get him down. Instead, he’s still doing good in his community. The rapper helped serve an early Thanksgiving dinner to 300 families in need on Tuesday night. The good deed went down at the DeKalb County YMCA center in Georgia.

According to the locals, 21 Savage does a lot in the community, including teaching youths the basics of money and organizing school supply drives.

But still, our government wants to kick him out, which is insane because he’s doing more for our country than the President is.