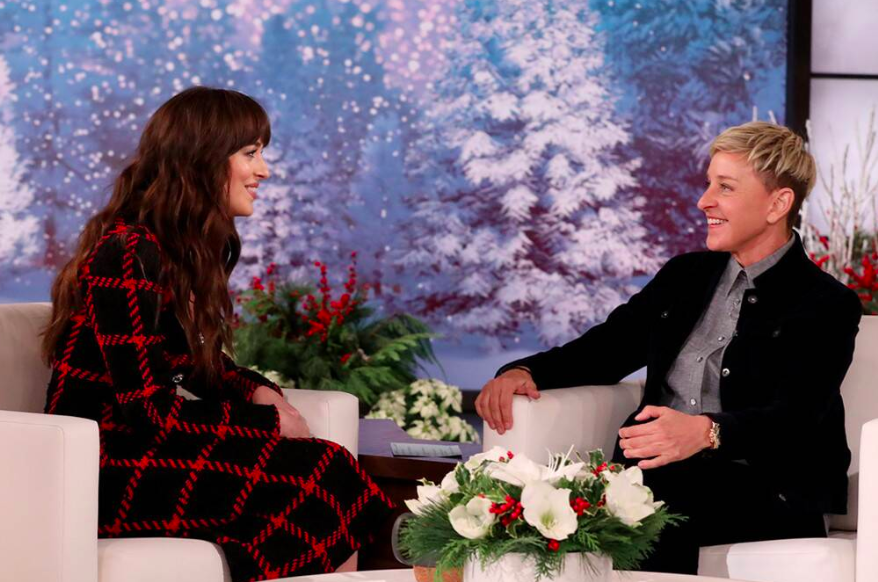 Ellen DeGeneres is perhaps the most famous talk show host currently on air. The Ellen DeGeneres Show has been going strong since 2003, which means Ellen has been interviewing people for nearly 17 years.

Obviously she’s a professional, but even professionals fumble occasionally. Ellen’s recent interview with Dakota Johnson has gone viral due to its awkwardness.

The interview starts off talking about Johnson’s recent 30th birthday party. Ellen claimed she wasn’t invited for the second year in a row, but Johnson was quick to call her out on the lie.

Ellen replied by saying, “Of course I like you! You’ve been on the show many times and don’t I show like?” Ellen questioned, which led to a few seconds of uncomfortable silence.

And then Dakota asked Ellen’s producer to confirm she did in fact invite Ellen to her birthday this past year. The producer backed up Dakota’s claims, which led to a sudden moment of realization from Ellen.

I was invited? Why didn’t I go? Oh yeah, I had a thing. It was probably in Malibu. That’s too far for me to go…No, but I really didn’t remember that until just now.

Things got more uncomfortable when Johnson talked about how comedian Tig Notaro showed up to perform, “She’s my favorite comedian,” Johnson said. The audience gasped as it was seemingly an insult to Ellen.

“…other than you,” Johnson added after realizing her mistake. She then pretended to leave. Ellen fired back quickly, “I was just talking to my favorite actress the other day, Jen Aniston.”

Ouch. I get why people find this to be awkward, but I honestly think it was planned…at least some of it. They always discuss what they’re going to talk about beforehand. That being said, Ellen is known for being a bit of a dick behind-the-scenes, so who knows.

Whatever the case…it worked. People are talking about it.