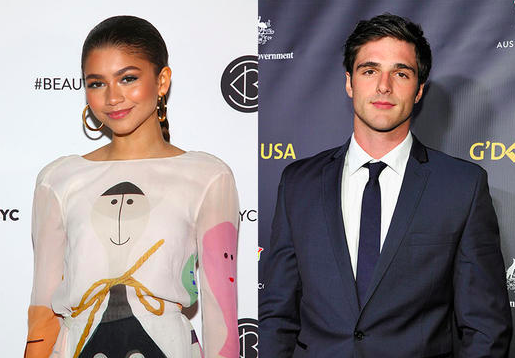 Is Zendaya Dating Her ‘Euphoria’ Co-Star Jacob Elordi? We Got The Details

‘Euphoria‘ was one of the surprise hit shows of 2019. The series premiered back in June on HBO and was a hit with teens/young adults across the world. The series follows a 17-year-old girl named Rue (Zendaya) who is battling an addiction to drugs.

Following the success of the first few episodes, HBO announced they would be renewing the series for a second season.

In addition to Zendaya, an actor by the name of Jacob Elordi stars in the series. He plays a troubled jock who developed some unusual sexual habits from his abusive father.

And according to recent rumors, Zendaya and Jacob are dating in real life. They went on a summer trip to Greece together and also recently got together in Australia, which is here Jacob is from.

During an interview with GQ Australia, Jacob set the record straight on those dating rumors…

She’s like my sister. She’s super dope to work with. She’s an incredible artist and a very caring person to all of us. But we’re all really close. There is not one weak link in that show. We’ve spent so much time together and everyone is just so cool to work with. [Creator] Sam Levinson is just a genius and working with him, it was just like electricity all the time. I was in awe. Like a kid in a candy shop.

Now we know Australia has some redneck tendencies, so there is a slight chance Jacob is into her being “like a sister” but most likely that’s not the case.