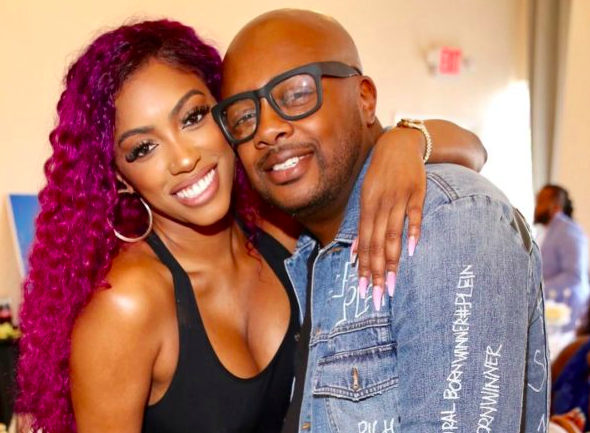 Porsha Williams Takes Back Cheating Fiance, Announces They Are Planning Their Wedding Once Again

It’s been a wild past two years for Real Housewives of Atlanta star Porsha Williams and her fiance Dennis McKinley. They announced both their pregnancy and engagement in 2018.

And while 2018 was certainly a year of celebration, 2019 was a year of heartbreak. It was revealed earlier this year that McKinley had cheated on Williams while she was pregnant with their daughter, Pilar.

The cheating drama was documented on the show and the couple split in June, but the split didn’t last long. They were back together in August, and during a recent appearance on Watch What Happens Live, Porsha confirmed they are once again engaged.

We’re still working it out. We really are. We are re-engaged. We are working on our family. It takes time. I love him, and he loves me. And we’re doing what’s best for our family.

Host Andy Cohen asked Porsha straight up if she trusted McKinley, and she could not say yes. She could only say that she was working on that aspect.

By the way, she is once again wearing the wedding ring he originally proposed with. Even after he demanded she give it back following their brief breakup.

I have to say, I don’t have a lot of hope for their marriage. This is supposed to be their honeymoon phase! THESE ARE THE GOOD TIMES!

Just imagine them five years down the road. If he’s cheating now, he’s definitely going to be cheating when Porsha starts wearing her oversized pajamas to bed every night while farting in her sleep.