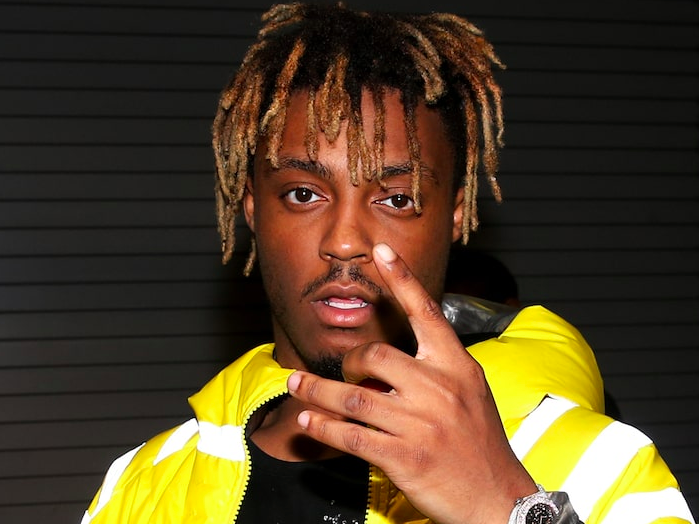 Rapper Juice WRLD Dead At The Young Age Of 21 After Seizure Inside Airport, Final Moments Captured On Video

According to law enforcement, several members of Juice’s team aboard the flight — which landed around 1 AM Sunday — told them Juice had taken “several unknown pills” prior to the seizures which led to him getting rushed to a hospital.

Further, we’re told one of Juice’s associates told authorities the 21-year-old rapper has a Percocet problem. Our law enforcement sources also say a bottle of codeine cough syrup was found on the plane.

Some incredibly sad news to report this Monday. Over the weekend, 21-year-old rapper Juice WRLD suffered a seizure inside Chicago’s Midway airport.

His private jet landed at the airport early Sunday morning after leaving California earlier in the day. While walking through the airport, he fell to the ground and suffered a seizure. He was reportedly conscious when paramedics rushed him to the hospital, but he died a short time later.

The exact cause of death is still unclear at this time, but an autopsy has been scheduled for today, Dec. 9. Some news outlets are reporting that Juice WRLD went into cardiac arrest at the hospital.

Friends told WGN the rapper was returning to Chicago to celebrate his birthday — which was last Sunday — and a party in his honor was planned for Sunday night.

Police said there were no signs of foul play and those aboard the aircraft were cooperating with authorities.

It’s kinda crazy because the rapper released a track titled ‘Legends’ on his ‘Too Soon’ EP, and in the song he raps, “What’s the 27 club? We ain’t making it past 21.” The lyrics were in reference to Lil Peep and XXXTentacion’s deaths, but now they seem all the more relevant.

God bless him. A young legend

I can’t believe it… you were such a sweet soul. I’ll always remember meeting you and your family on the video set and thinking how close you were. You had so much further to go, you were just getting started. You’ll be missed Juice 💔

rip juice. so sad how often this is happening lately to young talented rising artists. 🖤

Man, so sad. I pray you meet the lord above. RIP Young King. 🙏 @JuiceWorlddd pic.twitter.com/4u4HWiFggU

DJ Akademiks shared two clips online captured by guys who were on the flight with the rapper.

These appear to be his final moments…

This was Juice Wrld as he got on the plane that took him to Chicago last night. He was in high spirits and looked happy. pic.twitter.com/JBsuybaC9O

More footage of Juice Wrld on his private jet which was headed to Chicago. Seems like everything was good and everyone including him was in high spirits until he landed. 😢 pic.twitter.com/ayDP0LXyeW