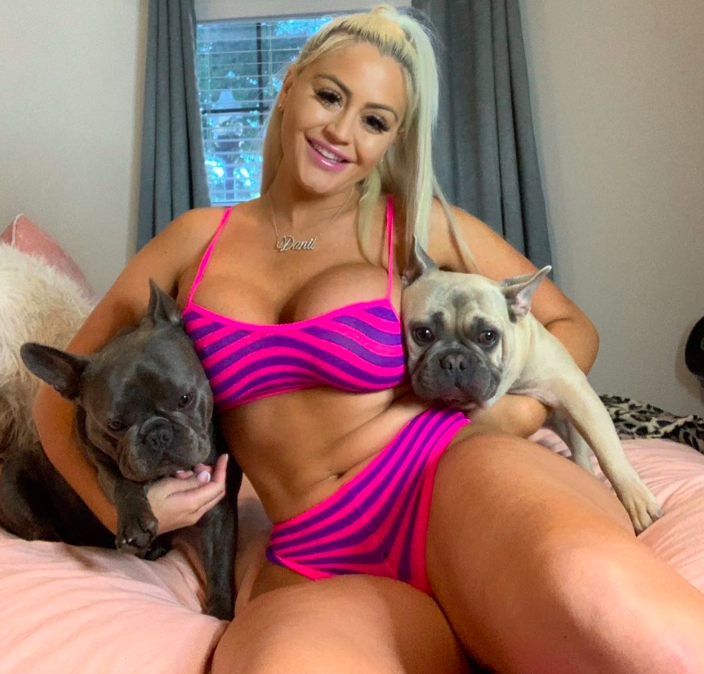 Danii Banks is an Instagram model with over 2.5 million followers, so it’s safe to say she’s pretty popular. It looks like she posts photos of herself in, uh, risqué clothing on the daily, which will certainly help grow the ol’ follower count.

But why are we talking about her? There are thousands of IG models just like her.

Well, she had a pretty terrifying moment last week inside her Georgia apartment, and she managed to get a portion of it on camera. An armed robber entered her apartment in the middle of the night while she was sleeping.

Her dogs started barking like crazy after hearing a loud noise, which woke her up. When she went out to investigate, she found the armed robber inside her living room. You can click on this link to check out the video via TMZ.

To me, it looks a little staged, but TMZ claims they talked with the local police department and they confirmed a robbery did take place.

According to the Chamblee PD … cops were dispatched to an armed robbery call to her apartment where cops say they found Danii hysterical and crying because she told them someone tried robbing her at gunpoint.

Cops say they observed a street-side door to her apartment was damaged from being forced open. Danii says she told cops the man was a light-skinned black male.

By the way, if this Banks girl seems familiar to you, it’s probably cause she briefly dated Michael Blackson. So yeah, that’s an interesting twist.