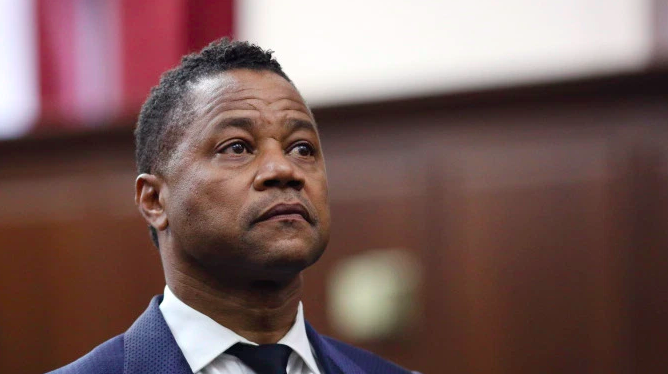 Geez. The accusations against Cuba Gooding Jr. continue to pile up. We knew he had some issues with getting a little too handsy while intoxicated, but damn. What are you doing, man?

According to the documents, prosecutors have asked the court to allow the allegations to be used at trial to serve as evidence of Gooding’s intent and ‘the lack of absence or mistake,’

The new allegations date back all the way to 2003. One woman in 2009 claims Cuba brought her to a concert. He allegedly started kissing her in a “secluded” hallway without her consent as he was walking her out.

After she pushed him away and said no, he allegedly placed his hands on her butt, pushed his hand forcefully into the crotch area of her tights and placed his fingers on her anus, his force allegedly causing the tights to rip. According to the documents, he released her when she bit the star’s cheek.

Two years later in 2011, a woman accused Cuba of sliding his hand down her pants and cupping her butt without consent. And in 2016, he allegedly grabbed a woman’s vagina TWICE without her consent at a Malibu restaurant.

This dude is literally grabbing women by their pussy.

Of course, his attorney denies the allegations…all, uh, I don’t know, how many are there now? A lot.

Cuba Gooding, Jr. has and does deny all allegations of criminal conduct. Unfortunately, people come out of the woodwork, making false allegations against Cuba, as often times happens when a celebrity is accused by the District Attorney’s Office in a Public Forum.

Nah, man. Too much smoke for there not to be a fire, plus, we’ve seen some of this drunken behavior on video.

It’s sad too. I like Cuba. He gave one of the best acceptance speeches at the Academy Awards in history. But that doesn’t mean he’s a great guy. We like to think we know these actors, but we don’t. Not at all.

I think the only way Cuba saves his career now is to accept, apologize and enter rehab.