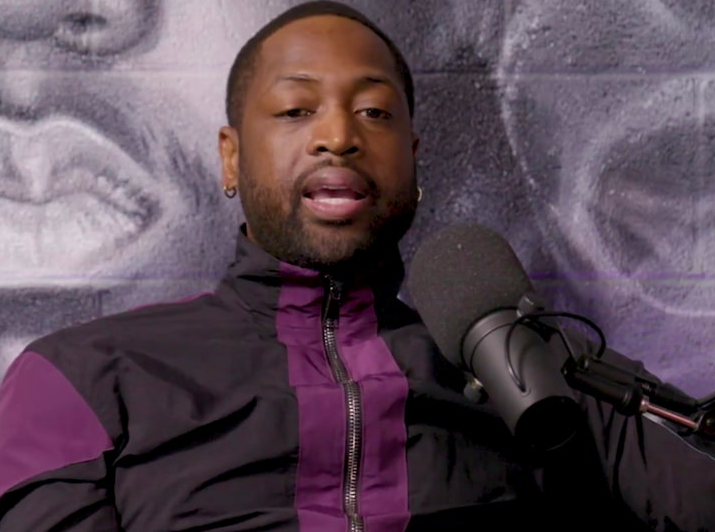 We all know Dwyane Wade has a gay son. It’s been talked about at length. Wade’s 12-year-old son Zion is out and proud. Last April, the whole family took him to a Gay Pride Festival in Miami Beach.

I’m not sure if there are different levels of “gay” but if there are, Zion is at a solid 9.

And while Wade and step mom Gabrielle Union have been supportive in the public eye, one has to wonder if it’s been difficult for Wade privately, especially considering his hyper athletic/masculine background.

Wade was on Stephen Jackson and Matt Barnes’ podcast ‘All The Smoke‘ this week, and Barnes asked Wade straight up how difficult it’s been.

I had to look myself in the mirror when my son at the time was 3 years old and me and my wife started having conversations about us noticing that he wasn’t on the boy vibe that Zaire [Wade’s other son] was on.

The conversation with himself wasn’t an easy one. He admitted to growing up “ignorant” and had to lean on Union for guidance.

And, you meet people along the way that help you take those glasses off and put on some different ones. Look through life through a different lens. That’s what my wife has been able to do. So, it’s been cool.

He continued by telling everyone to “get used to it” because it’s the new normal. And he’s not wrong. If you’re not cool with gay people by now, you’re going to have a difficult time in the future.

I know some people think Wade and Union are going overboard with their support of Zion, but I’d rather it be this extreme than the other. At least in this scenario Zion knows he’s loved.