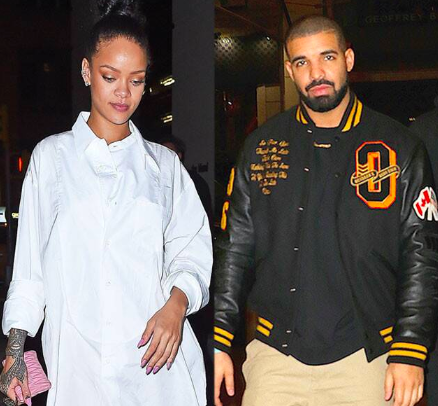 Drake had a lot to say in his recent interview on the Rap Radar podcast, which was released via Tidal on Christmas. The 33-year-old rapper tried his best to be completely open during the interview, and for the most part, he did just that.

He talked about his rap battle with Pusha T in 2018, and while he admits he’s in a great “healing place” now, he doesn’t think he’ll ever be on good terms with Pusha.

I have no desire to ever mend anything with that person. That situation just went where it went and there is no turning back.

He was then asked if he felt like Pusha went too far by revealing his kid to the world. Drake said he tips his hat to “the chess move.” He admitted it was a genius play and he knew the battle was over after the track was released.

Drake also talked about his recent collab with Chris Brown. It was a surprise to a lot of people, considering Brown and Drake have been beefing over Rihanna for years.

You know, really at the end of the day, when you kind of step away from it and break it down, you start to feel silly because it’s over girl stuff. But obviously that can snowball into real s—t and that is what happened.

Well, I think we both just grew up to the point that person that was kind of in the middle of us is like no longer a part of either of our lives currently, and I have the utmost love and respect for her. I think of her as family more than anything and I felt — I actually had kind of a moment of hesitation before because I didn’t want her to ever feel disrespected by me linking up with him.

But ultimately, he believed Rihanna would want him and Brown to heal together. Drake said she knows both him and Brown have been consumed by this feud for a long time, “I think she is a good person with a good heart who would rather see us put the issue to bed than continue like childish s–t.”

Drake also talked about Kanye West. Despite their issues, Drake says Kanye would still be his “favorite artist all around.”

And that’s just facts. I have no problem saying that. Things have changed. I’m not just some kid that’s a fan anymore. Now we have personal situations, and like I said, a lot of his issues with me, I can’t fix them for him.

You know, it’s easy to hate on Drake, but I’ll give him credit for at least being honest with his feelings. He’s not afraid to share, and unlike most artists, he seems to get how to process those feelings in a positive/healthy way.