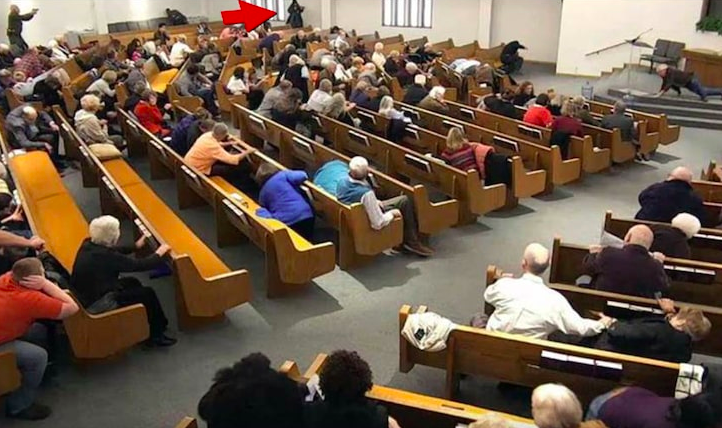 Gunman Opens Fire In Texas Church, Kills Two, But It Could Have Been Much Worse Had Half The Congregation Not Had Guns

There was another shooting this past weekend, which should not surprise you. There are shootings daily here in the states, and it’s a problem we still haven’t figured out. In fact, we’re not even close to figuring it out. We can’t even agree on the easy sh*t, like providing people with healthcare.

This most recent shooting happened in Texas in a little town just outside of Fort Worth. During the Sunday service at the West Freeway Church of Christ, a man wearing a dark coat and hood stood up and pulled out what appears to be a shotgun.

He killed two people, shooting them at point-blank range. Thankfully, that’s where his rampage came to an end because an armed security guard shot him from afar. The shooter went down and that’s when you see several people approach him with their guns drawn. It looks like at least half the members of this church had guns on them.

By the way, this video does NOT show the actual shootings. They have been edited out. We’re only sharing this so you can see just how many people pulled out their guns. It’s pretty incredible. The church was livestreaming the service, which is why this video exists.

As mentioned above, two people were killed and the gunman was reportedly killed as well.

At a news conference Sunday, Lieutenant Governor Dan Patrick praised the heroism of the volunteer security guards. He said that the rampage was over in just six seconds thanks to a shot fired from one of the guards.

Now obviously some people will use this as evidence that we do need guns. If no one had protection inside this church, it could have been a lot worse.

It’s difficult to say what the solution is, but one thing is for sure, we need to make figuring it out top priority.