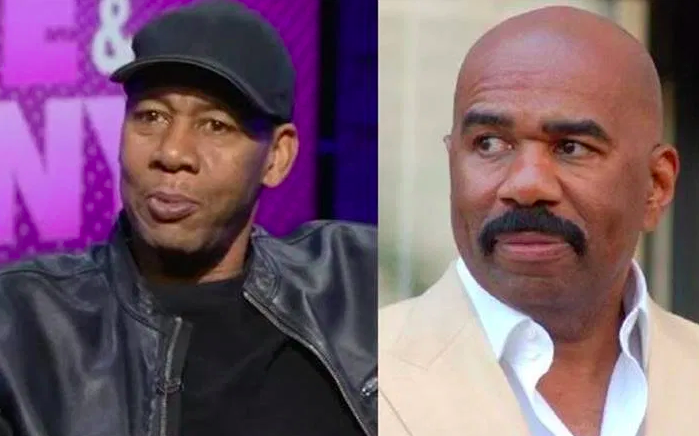 For those who don’t know, comedian Mark Curry called out Steve Harvey last month on ‘The Mike & Donny Show‘. He claimed that Harvey stole his material and used it on his talk show.

Steve stole my material on his show, so I had a beef on that. When he was on his bulls**t talk show that he had, he did all of my Halloween material one Halloween.

Curry said it was one of his friends who alerted him. They called him and said, “Homeboy doing your material” and Curry confirmed that he stole his entire Halloween bit.

Curry claims he confronted Harvey in 2017 at Def Comedy Jam 25, but he didn’t go into details on what their conversation was like. We have to imagine it was a little heated.

And now it’s only getting hotter. Curry talked to TMZ cameras this past weekend, and he claims Harvey stole other sh*t from him too and used it on his other shows like ‘Little Big Shots‘

He used my material twice. Steve Harvey stop using my material. Just call me and I’ll tell you how to use my material. He’s doing a bad job at it. If you gonna steal somebody’s material, at least do it right! When Puffy sampled, he did it right!

It’s difficult to locate the clips he’s referencing because he doesn’t give too many details, but we certainly wouldn’t be surprised if Harvey did steal from him.

I’ve never been a big fan of Harvey for multiple reasons. I didn’t need more reasons to dislike him, but I certainly don’t mind adding this to the list.