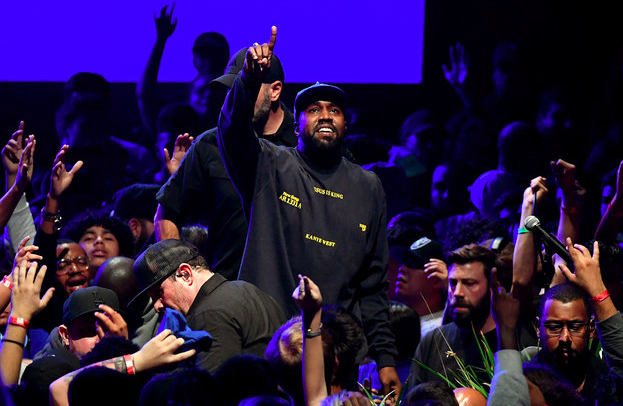 Kanye West is planning to do big things in 2020. According to multiple insiders, the 42-year-old rapper is doubling down on his gospel movement.

He’s already taken his Sunday service to Coachella, to Joel Osteen’s megachurch in Houston and even Jamaica. And in 2020, he’s going across the world.

TMZ’s learned the rapper plans to go global with his gospel movement in 2020, and has his sights set on locations in Europe and Africa to start. We’re told his muse and sole focus in the new year is to bring the word of God to people via his Sunday Service.

Insiders say he has no plans to go on any traditional tours for his music anymore. He’s 100% committed to this gospel thing and plans to record more music with his choir.

I think we’re all kinda like, “Okay. How long is this going to last?” but it doesn’t look like the answer will be coming anytime soon. The dude is all about this life now. He’s changing his entire career, and it seems to be working for him.

His second “spiritually-based” music project Jesus Is Born was released on Christmas and quickly jumped to the number two position on Billboard’s Top Gospel Albums chart.

West’s first faith-based album, Jesus Is King, debuted at No. 1 on Top Gospel Albums, as well as Top Christian Albums, the all-genre Billboard 200, Top R&B/Hip-Hop Albums and Top Rap Albums on the charts dated Nov. 9 (with 264,000 units). It became the first set ever to lead all five of those rankings.

I mean…hey, if it’s working. Praise the lord, right? He’s making it rain on Kanye. The ~spiritual~ business is certainly a lucrative one. Maybe we should change this to a religious blog.