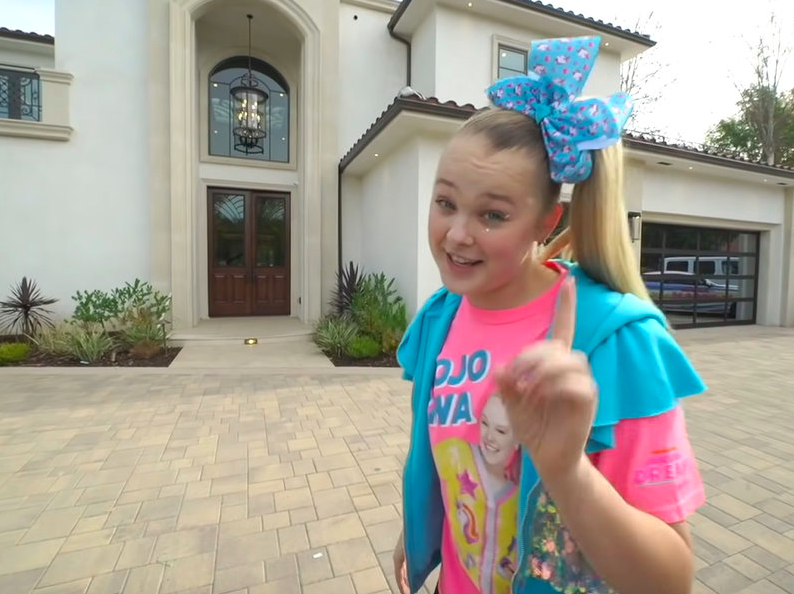 JoJo Siwa Gives Fans A Tour Of Her New Mansion, And It Just Might Be The Most Infuriating Video Ever

Look. I know we all have different grinds. As long as you aren’t causing harm to anyone, do your thing and continue to make your money. I mean, I’m in no position to judge. Gossip blogs aren’t exactly well respected.

That being said, I just can’t get behind this JoJo Siwa sh*t. It’s too damn much. As most of you probably know, JoJo got her start on ‘Dance Moms‘ and then became a household name. She’s now a dancer/singer/YouTuber/satanist. Okay, we’re not positive on that last one, but we wouldn’t be surprised.

But before she hits the road, she’s showing everyone her new mansion in California. She jumped on her YouTube account to show off the piece of property, which has a “candy fun room,” pool, a basketball court and so much more.

At the beginning of the clip, she casually mentions that her “Beamer” is parked out front and the Tesla is “around the corner.”

The house is full of her face. It’s f**king everywhere. She even sleeps with bed sheets featuring her face! It’s the craziest sh*t I’ve ever seen.

And why the hell is she always yelling? Is that really what kids like? People shouting into the camera and talking like radio DJs? She doesn’t talk or act like a human. It’s like watching a puppet perform for the camera, and I would say she must be miserable continuing this act, but I’m starting to think she’s actually like this in real life.