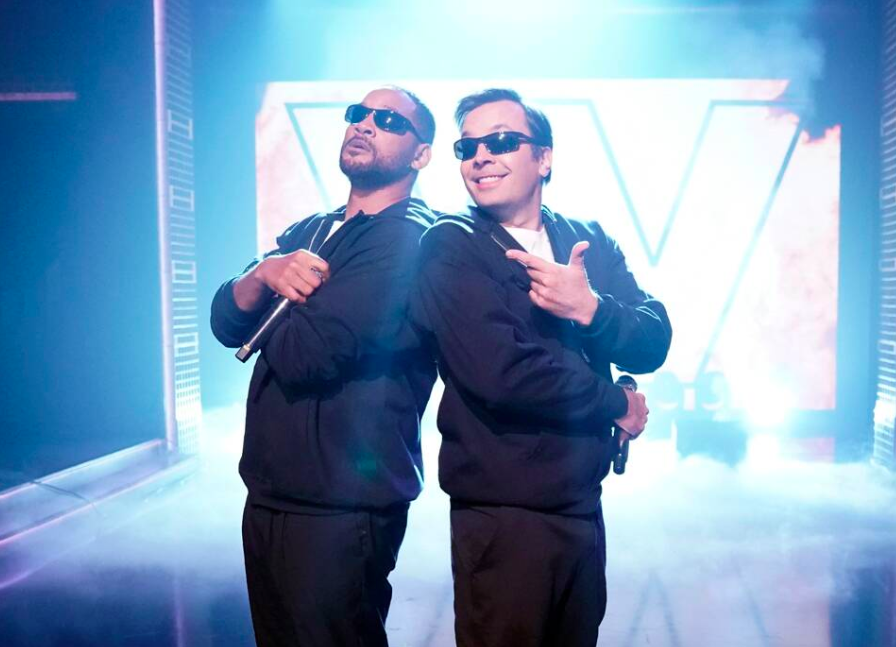 Will Smith And Jimmy Fallon Rap The History Of Will’s Life/Career, Check Out The Clip Inside!

Will Smith is currently making the rounds promoting the upcoming ‘Bad Boys for Life‘ film. Both him and Martin Lawrence have returned for the third and final installment in the Bad Boys trilogy.

The movie is set to hit theaters January 17, 2020, which means this is prime promoting time for Smith.

The 51-year-old actor stopped by The Tonight Show with Jimmy Fallon this week, and together, they surprised the audience with a special rap performance.

Will Smith grabbed the mic on The Tonight Show Starring Jimmy Fallon to rap about the history of his life, putting his spin on the show’s fan-favorite musical bit ‘The History of…’ Joined by host Jimmy Fallon, the Bad Boys For Life star and the late night host donned matching black hoodies and white tees as they took viewers on a trip down memory lane—starting with Will’s humble music beginnings.

Obviously there were a few ‘Fresh Prince‘ references thrown in. Heck, they even stopped to do the ‘Carlton’ dance.

“A real big star needs a real big screen,” Smith rapped before adding, “Me and Martin [Lawrence], a couple of Bad Boys / Independence Day, aliens on my turf / You invadin’ us, nah / Welcome to Earth.”

The most entertaining part of the video is hearing Fallon rap. The dude sounds white as hell. He sounds like he tried out for the Beastie Boys and was told he was “too white” to join.

But hey, he tried. That’s one thing you can say about Fallon. He tries. Sometimes he tries a little too hard, but still…he tries.