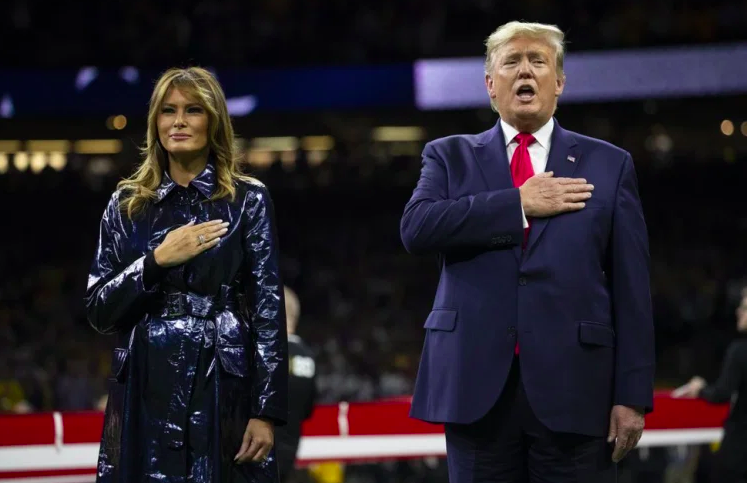 Donald Trump hasn’t had the best of times at sporting events recently. He was loudly booed during the World Series and got (at best) mixed reviews at UFC 244.

But on Monday night, Trump decided to take a chance and make another appearance at a big sporting event. He showed up to the College Football National Championship game between LSU and Clemson.

He walked on the field with confidence, most likely because this game took place in the super red state of Louisiana. The crowd of nearly 80,000 cheered him as he walked alongside Melania. Outside of his own events, this might have been the loudest he’s been cheered throughout his presidency.

As you can see from the clip, it brought a huge grin to his face. For someone as egotistical as Trump, this was probably one of the best nights of his life.

In addition to being cheered by thousands at the game, actor Vince Vaughn paid him a special visit inside his VIP Suite. They chatted for a few minutes, shared a few smiles and laughs, shook hands and then Vaughn left.

I'm very sorry to have to share this video with you. All of it, every part of it. pic.twitter.com/ELMbDHZbZq

If you know anything about Hollywood, then you probably know Vaughn is a known conservative. He’s not extremely vocal about, but it’s known, so this is not exactly surprising.

Although it is a rather bold move by Vaughn. Right or wrong, this will make it more difficult for him to find work in Hollywood. Although, with a net worth of over $50 million, he probably doesn’t care that much. He can afford to ruin his career.