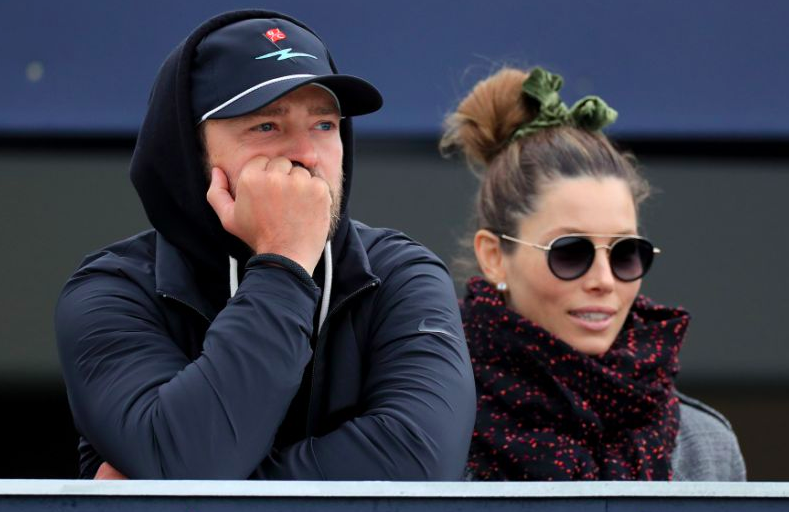 We all know about the drama that went down between Justin Timberlake and Jessica Biel. Back in November, he was spotted getting a little too cozy with his co-star during a drunken night out in New Orleans.

It was an embarrassing situation for Timberlake, and he sent out a public apology to his wife and kid several days after the incident.

Last month, insiders claimed things were going back to normal for Biel and Timberlake, but now sources say Biel is still pissed.

He has been making big promises and not sticking to them as much as she thinks he can and should. He promised that he would be more involved with their family and she doesn’t feel like he’s doing that.

Promised he would be more involved with their family? Damn. Why is that even a promise he needs to make? Shouldn’t he be involved by default?

It’s worth noting that another source claims they are NOT “in a tense place” and have been spending more time together.

Following the holidays, The Sinner actress and ‘Sexyback’ singer reconnected with a staycation, Us reported on Saturday, January, 11. They spent time together with their 4-year-old son, Silas, at the Hotel Bel-Air in Los Angeles.

Damn. That’s sad. I bet Timberlake made it his resolution this year to spend more time with his family. HE HAD TO MAKE A PROMISE TO THE UNIVERSE TO DO THIS!

And you know most resolutions fail. Sh*t. He should have just promised to get in shape like the rest of us. At least then if you fail, you’re only disappointing yourself.